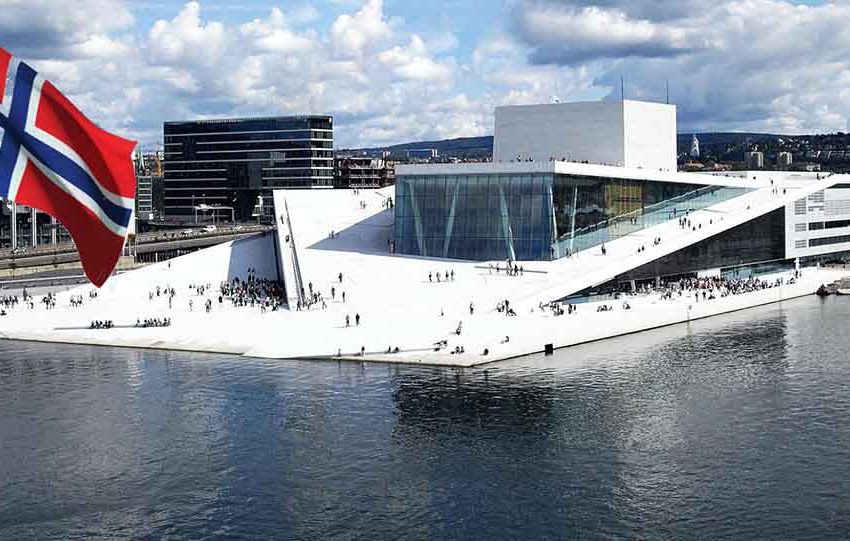 Scholarships Hall is discussing the best universities in Norway for international students today. In Northern Europe’s Scandinavian peninsula, the Kingdom of Norway is a mountainous nation. The Sami live in the north, while the southern portion of the country is populated primarily by white people.

As a high-income country, the government is a major petroleum exporter. It is moreover among the most stunning and secure nations in the entire world.

The literary heritage of Norway is strong, and it has preserved its folklore and storytelling practices. The several festivals that the Norwegians observe are all vibrantly and vivaciously observed.

Fjords, polar bears, the Northern Lights, and the midnight sun are some of Norway’s most famous natural features. Long, rocky coasts are another. The best Norwegian universities for overseas students will be examined in this article.

For relaxation and pursuits like skiing, fishing, and hunting, tourists travel to Norway, a nation of stunning fjords and mountains. In addition to being a great destination to relax, Norway also provides an excellent education.

While visitors come to see the northern lights and check it off their bucket lists, the Norwegian educational system is attracting a flood of foreign students due to its higher than average general education standards in Europe.

Increasing accessibility to cross-country education for international students in Norway. The top universities in Norway for foreign students will be examined in this article.

Is Norway a good place for foreign students to study?

Norway’s universities are known for their high-caliber instruction and reliable research. The development of creativity and critical thinking in students is encouraged.

The country has a high level of English in general, and there are numerous programs taught in English that are open to applicants from abroad. Norway consistently ranks highly in quality rankings for international student happiness thanks to its excellent education, egalitarian culture, and stunning surroundings.

The majority of state colleges and universities in Norway are free since the government publicly pays them. As a result, applicants only have to pay a semester fee for student welfare groups of about 590 NOK at public institutions, which waives tuition expenses for both domestic and foreign students.

Private universities provide bachelor’s, master’s, and doctoral degrees, as well as shorter study programs and continuous learning courses, although their tuition costs are comparably lower than in other nations.

Norway’s cost of living is often greater than that of other nations, but it also offers a high level of living. Norway is one of the happiest countries in the world, according to the World Happiness Report, and the Global Peace Index confirms this fact by stating that Norway is a peaceful and safe country, which is entirely appropriate for a country that bestows the Nobel Peace Prize.

Can Foreign Students Work While Attending School in Norway?

While EU/EEA citizens are permitted to live, work, and study in Norway without restriction, international students are only permitted to work part-time jobs in Norway while they are studying.

However, if you intend to stay longer than three months, you must register with the police. For additional information, particularly for foreign students, see the website of the Norwegian Directorate of Immigration (UDI).

Non-EU/EEA nationals must apply for a Norwegian study permit, which grants them the right to work up to 20 hours a week. If they need to work more, they can always work full-time over the holidays.

Despite the fact that Norwegians are highly proficient in English, most companies prefer specific levels of Norwegian ability. It is typically advisable to start learning the language as soon as possible if you wish to live and study here.

After graduating, are foreign students permitted to stay in Norway?

International graduates are permitted to stay in Norway for a year to hunt for employment after graduating. You should apply for a residence permit as a job seeker prior to the expiration of your present visa, but please be aware that you must locate employment that is connected to your degree and earn an amount that is typical for the field.

For more information, you can refer to the rules on the UDI website. For a permanent residency visa, it will depend on the type of work you do and your level of proficiency. 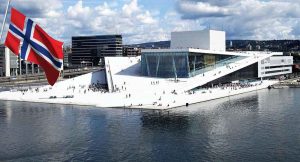 Below are the 10 best universities in Norway for international students, viz;

Due to the university’s graduate programs’ compensated employment of Ph.D. candidates, talented overseas students are drawn to enroll in them.

In addition to this substantial investment in research, the seven faculties of UiB offer top-notch instruction in subjects including math and natural sciences, medicine, dentistry, fine arts, and more.

This prestigious college has nearly 2000 international students and actively seeks out more because of its global outreach and participation in exchange programs by the majority of its students.

At the moment, UiO offers more than 800 English-language courses, and a number of its Master’s and Ph.D. programs are exclusively in the language.
In addition, as it is a publicly sponsored institution, tuition is not charged.

NTNU is among the best universities in Norway for international students. Engineering, technology, and natural science are among the highly regarded subjects offered at Norwegian University of Science and Technology (NTNU).

Despite the fact that this college also offers degree programs in the social sciences, medicine, psychology, architecture, and the arts, its STEM-related programs are where it is most well-known.

As evidence of the university’s excellent teaching and research, NTNU ranks 1 globally in having corporate connections. NTNU engages in international academic projects to bring its reputation to various nations, in addition to its close ties to industry.

This is one of the best universities in Norway for international students. The Arctic University of Norway’s University of Troms is the most northern university in the world, and as a result of its Arctic location, the university plays a crucial part in environmental science and research.

Among the initiatives sponsored by UiT are those relating to Saami culture, auroral light studies, fisheries science, and climate change. Additionally, there are some shared academic fields, such as the fine arts, tourism, law, and the social sciences.

The expertise of UiT in environmental studies is supported by a number of partner universities, and in terms of student diversity, the number of international students and faculty has grown quickly in recent years, which also promotes the expansion of courses offered exclusively in English.

A public university in Norway and also one of the best universities in Norway for international students with a focus on resource management, human and animal health, and related fields is known as the Norwegian University of Life Sciences.

In 1859, it was established as an agricultural college. Since then, it has grown to include seven faculties: biosciences, environmental sciences, landscape & society, chemistry, economics, veterinary medicine, and science & technology.

Veterinary research is one area where NBMU excels, and it also has other focus areas such as food science, biotechnology, and business development.

Despite having a small student body, this specialized university collaborates with institutions in 93 different nations to advance its global connections.

Stavanger is one of the best universities in Norway for international students. The third-highest number of research papers per scientific staff member is at the top research university in Norway, the University of Stavanger. The European Consortium of Innovative Universities (ECIU), which fosters an innovative culture in higher education institutions, has accepted UiS as a fellow member in recognition of its high-caliber research.

UiS is divided into six faculties when it comes to its academic divisions, which include, among others, social sciences, arts & education, and science & technology. Several national research facilities and the Museum of Archaeology are also situated on campus.

Every year, UiS accepts about 400 international students and works to strengthen its internationalization tactics. Please remember that our university is situated in Norway’s oil and energy capital, which fosters a vibrant interaction between students and businesses and industries.

One of the best universities in Norway for international students is the University of South-Eastern Norway. It was founded by joining three university colleges, offers a variety of academic programs, and is dispersed throughout numerous areas.

Although the institution prioritizes practical research, its research teams collaborate with local businesses. In terms of long-term objectives, USN concentrates on being an entrepreneurial institution that supports global innovation and sustainable development.

Norwegian School of Economics is one of the best universities in Norway for international students, It is the country’s first business institution, and has been a leader in the study of economics and business administration since its founding in 1936. The elite university has the most stringent admission requirements of all business schools, but it also attracts the greatest number of applicants.

In terms of business relationships, NHH works closely with the local business community as well as with more than 170 international business institutions. It is EQUIS and AMBA accredited and a member of the CEMS Global Alliance in Management Education, a partnership of chosen 33 academic institutions for business.

In order to further spread its reputation throughout many countries, NHH began and is still continuing its global expansion. It has collaborations with numerous esteemed universities, including Columbia University, Cornell University, New York University, and others.

Agder is among the best universities in Norway for international students. Despite being a new university in Norway, the University of Agder has been around for more than 190 years. This prestigious university in Norway was founded in 1994 as a result of the amalgamation of six local institutions in Holt, Aust-Agder, including a technical school, a nursing school, and a music conservatory.

Since that time, UiA has added degrees in the social sciences, business, health and sports science, fine arts, humanities, engineering, and science to its list of academic offerings. In addition to all of these programs, the university also has an interdisciplinary teaching education unit that can help students who are having trouble in class.

As a new and cutting-edge university, UiA prioritizes research in e-health, multimodality, integrated emergency management, and cultural transformation. UiA has a strong international focus with various international joint programs and courses in English or German, helping to establish international partnerships with foreign institutions.

You can study about Norway’s leadership, business, and equality policies by enrolling in its academic program. This specialized institution is the main source of administrative and economic talent for the Norwegian workforce. Norway is noted for its high productivity and empowered workers.

Trust you found our article on 10 Best Universities In Norway For International Students helpful. follow our website for more interesting articles.