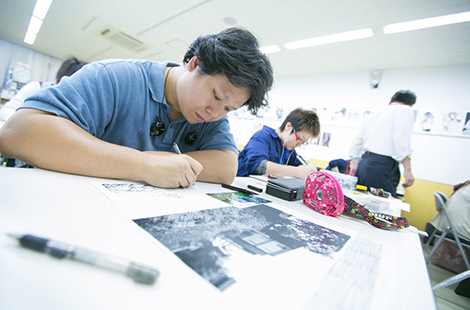 Looking to pursue a career in animation? Then this article is for, as we have compiled a list of top animation schools in Japan, to help you make youSlump, Dragon Ball, Saint Seiya, Sailor Moon, Slam Dunk, Digimon, One Piece, andr study decisions.

It is not a terrible idea to pursue a career in animation because it is one of the best-paying jobs in the world. Aside from that, it’s an intriguing career that’s only enjoyable if you’re competent at it. Find the Best Animation Schools in Japan to assist you in advancing your profession.

In Japan, the term “anime” refers to any form of animated media. Outside of Japan, anime refers to Japanese animation or a Japanese-distributed animation style typified by lively characters, colorful graphics, and fantastical themes.

Anime is a diversified art form with unique production methods and techniques that have evolved in reaction to new technologies over time.

In Japan, there are numerous animation schools. Graphic art, characterization, cinematography, and other sorts of inventive and individualistic skills are all combined in anime.

The realism of environments, as well as the use of camera effects, panning, zooming, and angle shots, are more important in anime production than the animation of movement.

Because anime is hand-drawn, it has a significant gap of fiction between it and reality, providing an excellent path for escapism that spectators may easily immerse themselves in.

Character dimensions and characteristics can be fairly different, including characteristically large emotional or realistically sized eyes, which are employed in a variety of art genres.

Let’s now look at the top animation schools in Japan, we have also attached links to each school. Below is a comprehensive list of top animation schools in Japan. We hope you will find this article useful.

First on our list of top animation schools in Japan is the Yoyogi Animation School (Yoyogi Animeshon Gakuin.

This anime school in Japan is the country’s largest animation and art institute, and it is widely regarded as one of the greatest in the world.

As a result of its strong reputation, Yoyogi Animation School has a stringent admission criteria. Candidates must, of course, be able to communicate well in Japanese.

YAI accepts eligible applicants regardless of gender, color, national or ethnic origin; nevertheless, this institution maintains the right to reject applications from those who have a physical disability that would make it difficult for them to work.

Next on our list of top animation schools in Japan is the renowned College of International design.

College of International Design is one of Japan’s premier animation schools, known for its high-quality and standardized animation curricula.

This is, however, one of the manga schools in Japan that offers a two-year program as well as a three-year distance learning program.

TDG engages in collaborative activities outside the classroom in addition to providing specialized education through 11 departments that cover all elements of design.

The animation school, on the other hand, has a world-class ability to generate, as well as unrivaled sales and development capability. Toei has a stellar reputation for providing one of Japan’s best animation courses.

Toei owns the institute and has created a number of series, including Sally the Witch, Gegege no Kitaro, Mazinger Z, Galaxy Express 999, Dr. Slump, Dragon Ball, Saint Seiya, Sailor Moon, Slam Dunk, Digimon, One Piece, and the Precure series, among others.

Kyoto Seika University is another top institution in our list of top animation schools in Japan.

Kyoto Seika Institution is a private university located in the Iwakura district of Kyoto, Japan. The university was established in 1968 and granted university status in 1979.

The school is known for its manga and anime faculties, as well as its involvement in the education and training of future manga artists. SEIKA is divided into five faculties: Art, Design, Manga, Popular Culture, and Humanities, as well as Graduate Schools.

This institution is regarded as one of the greatest animation schools in the world. The annual tuition expenses for undergraduate students are 1.75 million JPY, with 3,425 students enrolling each year.

Looking to study animation but in the gaming sector? Then this particular school is for you.

In 1993, Amusement Media Sougou Gakuin, a firm based in Shibuya, Tokyo, Japan, was founded. This animation school in Japan offers programs in a variety of entertainment industries, including game developers, mangaka, writers and essayists, animators, computer and graphic designers, as well as voice actors. The AMG Entertainment Group owns it.

Kyushu Institute of Design, founded in April 1968 in Fukuoka, Japan, is one of the country’s most distinguished national universities. Architecture, Industrial Design, Visual Communication Design, Acoustic Design, Art and Information Design are all combined at the university. Our list of top animation schools in Japan will not be complete with mentioning Sapporo College of Anime.

Sapporo College of Anime is one of Japan’s top animation schools, with top-notch programs for both domestic and international students.

You must have a high school diploma to apply for any course at this institution. The school also includes three departments: the Department of Digital Technology, the Creative Design Course, and the Entertainment General Department.

We end our list of top animation schools in Japan with Japan Manga Institute.

Nihon Kougakuin is a top animation school in Japan. With seven faculties and over 35 areas of study, a student has a lot of options when it comes to majoring in their field of interest.

The school’s level of learning provides pupils with the ideal combination of study time and free time. This means you’ll be able to enjoy your time in Japan while still making good progress in your academics.

Animation colleges in Japan provide a unique combination of curriculum, high-quality education, and affordability, making them the best in the world.

Trust you found our article on 7 Top Animation Schools In Japan for International Students helpful. Follow our website for more interesting articles