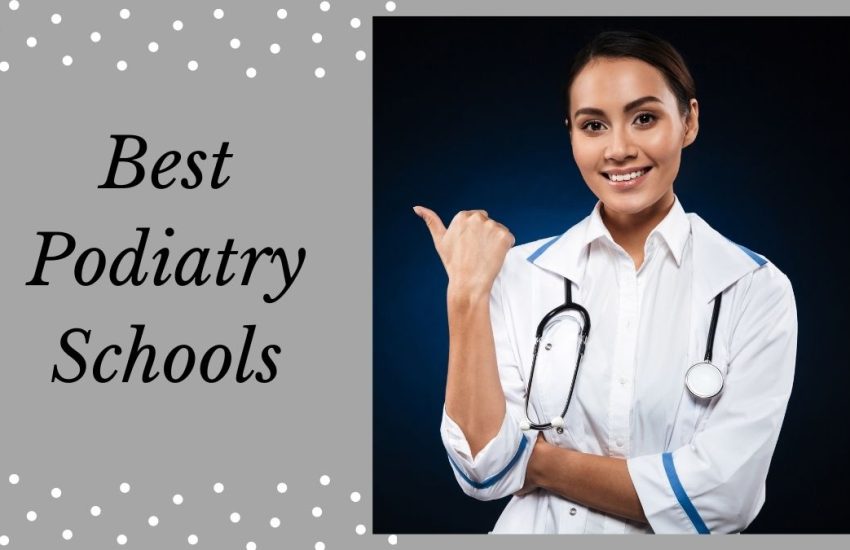 The branch of podiatry sounds so intriguing and wonderful, especially since aficionados for medicine have dabbled in practically all medical specialties. Why don’t you accept it and find out what the future has in store for you? especially if you have a penchant for ankle and foot fractures? Continue reading to learn about the top podiatry colleges where you may earn a degree and change the world.

In the second half of this post, you will discover a list of best podiatry schools in the world. You will also be given relevant information to help you remain confident in your school choice. 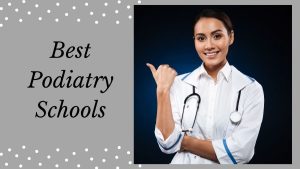 According to Wikipedia, podiatry, sometimes known as podiatric medicine, is a field of medicine that focuses on the investigation, diagnosis, and surgical as well as non-surgical treatment of conditions affecting the foot, ankle, and lower extremities.

Podiatry is a field of specialization in various nations. You can register with the Podiatry Board after graduation and even pursue getting an endorsement to become a podiatric surgeon if you so want.

It also emphasizes the study, treatment, and management of typical disorders that affect the lower limb and foot.

Who Is A Podiatrist?

A doctor of podiatric medicine (DPM), also known as a podiatrist, is a medical professional specializing in the care of the foot, ankle, and associated leg tissues. Because the feet include intricate anatomical systems and shock absorbers, maintaining them in good condition always requires a professional’s touch.

They go through years of demanding foot and ankle training in the podiatry medical school for about four years and a hospital-based residency program for three years in order to be able to provide you with all the care that you require. Similar to how any other doctor who completes a fellowship after completing residency, their training is the same.

Additionally, podiatrists have a wide range of specialties to choose from, including surgery, pediatrics, sports medicine, wound care, and surgery.

Read Also: 12 Tips to Get Success in Student Life

You may learn about the most recent technological and medical developments in podiatry by enrolling in one of the top schools listed below. Furthermore, Podiatry Professional Bodies accept the modules taught. The study area will enable you to:

List Of The 15 Best Podiatry Schools In The World

The employability rate, number of programs.

Simply said, this displays the percentage of graduates who find employment.

This article discusses the various program levels that the various podiatry schools provide. For instance, the institutions listed below provide baccalaureate, master’s, and doctoral degree programs.

Additionally, it refers to the speed with which students finish their coursework and graduate, here are the list of best podiatry schools in the world.

Western university of health is one of the best podiatry schools in the world. The Western University of Health Sciences offers two degree programs in podiatric medicine and podiatry. It is a private, non-profit university. Since over 60 students graduated from the podiatry department in 2015, the university’s annual graduation rate has been rising.

Another podiatry school in the world on the list of best podiatry schools in the world. As a podiatry school, Des Moines University-Osteopathic Medical Center provides two Podiatric Medicine/Podiatry Degree programs. About 102 students in the subject area of podiatric medicine/podiatry were produced in 2015.

This is another podiatry school on the list of best podiatry schools in the world. This podiatry medical school has two podiatry degree programs and is accredited by the American Podiatric Medical Association and Council on Podiatric Medical Education. It is recognized for producing more graduates in the subject area of podiatric medicine than any other private university and more than 178 PhD degrees.

In reality, this higher education school continues to generate an increasing number of graduates in this area of study every year. For the class of 2020, this university has roughly 182 students pursuing PhD degrees.

Additionally, this institution is recognized as one of the top podiatry medical schools. renowned for having an enormous positive impact on pupils and enabling them to succeed in their chosen industries.

Barry university is among the best podiatry schools in the world. In the 2020 ranking of the top podiatry schools, Barry University was included. Two podiatry degree programs are available. The 116 students who graduated in this topic of study do exceptionally well in their chosen fields of employment.

Additionally, the students gain a competitive edge in their chosen job fields thanks to these learning opportunities.

Temple university is one of the best podiatry schools in the world. The top podiatry schools list also includes Temple University. It is a public institution with 4 Podiatric Medicine programs that is situated in a sizable suburb.

Read Also: List OF 10 Online Colleges with no Application Fee

This another podiatry school on the list of best podiatry schools in the world. Kent State University, a public university, is renowned for having a high graduation rate. This college provides two podiatry degree programs. Additionally, the school offers its students a hands-on learning approach.

About 194 students are pursuing doctorates at this institution right now.

This is one of the best podiatry schools in the world. The University of Birmingham is a stunning redbrick institution with a lush green campus that is situated in the city of Birmingham, which is located in the northern part of London.

This institution has been fostering brilliant minds since it opened its doors in 1900. Research at the University, which is defined by the discoveries it makes, has changed the way information spreads and has had a significant impact on people’s lives.

The University of Birmingham is renowned for churning out successful and highly employable graduates.

Another school on the list of best podiatry schools in the world is Huddersfield university.  With an employability rate that sees students tied to a job in as little as six months after graduating, the University of Huddersfield has an excellent graduation rate analysis. You might be interested to hear that this college or university is ranked in the 2020 editions of the Times and Guardian University Guides.

Did you know that 83% of the research that the University of Edinburgh presented was deemed to be “world-leading”?

One of the podiatry medical school on the list of best podiatry schools in the world, the University of Southampton is ranked 13th among universities that top employers are most interested in recruiting from. Intriguingly, according to the most recent End of Leavers survey, 94% of Southampton’s full-time undergraduates who earned podiatry degrees found jobs within six months of graduating.

This university is renowned for its emphasis on research.

One of the biggest institutions in Scotland and one of the top podiatry programs is Glasgow Caledonian University, which enrolls approximately 20,000 students from over 100 different nations.

Glasgow Caledonian University has established a reputation for producing graduates that excel in their disciplines, with an amazing percentage.

FAQs Podiatry Schools In The World

Is podiatry popular in the UK?

According to a recent Health Education England research, there will be a 9% increase in the need for podiatry by 2025.

In the US, how many podiatry schools are there?
9

In the US, there are nine approved podiatric medical schools.

What do foot doctors do?

Podiatrists are medical practitioners who focus on identifying, treating, and preventing issues with the feet, lower legs, and ankles.

Trust you found our article on 15 Best Podiatry Schools In The World | 2023 Ranking helpful. follow our website for more interesting articles.