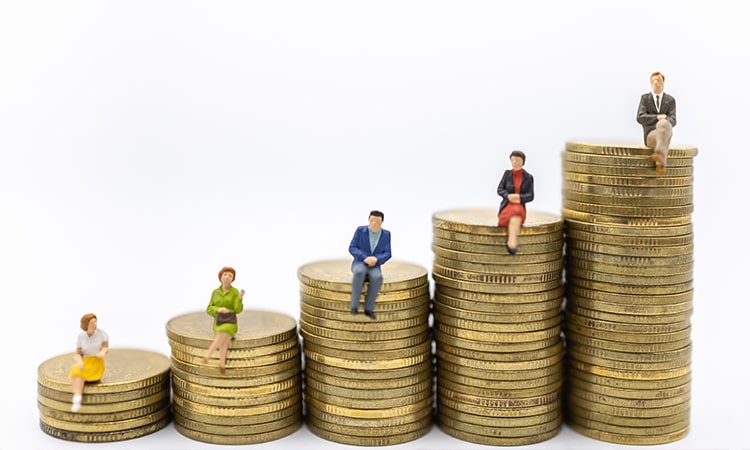 Here we will take you on the top 13 highest paying jobs in California for both residents and foreigners. California is a state in the western United States that is home to some of the country’s most famous cities, including Los Angeles, San Francisco, and San Diego, among others.

It is also one of the largest states in the United States, ranking third on the list, highly inhabited, with a high standard of life and some of the best infrastructures in the world, including several high-rise infrastructures.

California’s economy is larger than that of most countries, and it is one of the world’s largest, with a large number of jobs. Almost all types of “white collar” occupations, if not all, can be found here, and they pay well, if not the highest in the world.

Is it possible for foreigners to work in California?

If you’re wondering if you may work in California as a foreigner, the answer is yes, but there are some requirements. If you are a foreign national who want to lawfully enter and work in California, you must first get a work visa.

Furthermore, an organization or business who wishes to hire a foreigner must first file a petition with the US Citizenship and Immigration Services, which must be accepted before the foreign resident can apply for a work visa.

What jobs in California are in high demand?

Before we continue to the full list of the highest paying jobs in California, lets get to know the kinds of jobs that are more demanding in California. Truck drivers, sales occupations, registered nurses, manufacturing employment, supermarket jobs (including delivery), engineers, and technicians are all in high demand in California. Additionally, medical jobs are always in high demand.

The work of an Obstetrics and Gynecologists is rated first of all the highest paying jobs in California. These are medical doctors that specialize in prenatal and postnatal care, as well as detecting, treating, and preventing disorders that affect women, particularly those that affect the reproductive system. Obstetricians and gynecologists are among California’s highest-paid professions.

The second best rated of all the highest paying jobs in California is the work of a Pediatrician. Pediatricians are another field of medicine that deals with the medical care of adolescents, children, and newborns.

They are one of the highest-paying careers in California. They treat people aged 0 to 21 years old with congenital diseases, infectious infections, childhood cancer, mental disorders, and other ailments.

Psychiatry is a medical specialty that deals with the diagnosis, prevention, and treatment of mental illnesses. Psychiatrists are people with this skill set, and they have one of the highest paying jobs in California.

To work in this sector, you must first earn a bachelor’s degree in a science discipline, then attend medical school to pursue a master’s or doctorate in psychiatry.

This is the fourth in our list of highest paying jobs in California. The highest-paying employment in California are in the medical industry, with surgeons at the top of the list. Surgery is a branch of medicine that focuses on the physical removal, repair, or readjustment of organs and tissues to cure injuries, diseases, and abnormalities.

It frequently involves cutting the body. A surgeon is someone who has completed medical school and is licensed to practice surgery.

You will go through the same type of education as a psychiatrist to enter this medical sector, but this time you will be applying to study surgery. After completing medical school and passing the licensing exam, you can begin practicing.

Here is the fifth out of all the highest paying jobs in California. An advanced practice nurse who delivers anesthesia for surgery or other medical procedures is known as a Nurse Anesthetist. To work in this field, you must obtain a master’s degree in nursing. A medical or nursing school will prepare you for a career in this industry by providing you with the necessary skills.

Orthodontists work is rated the seventh in our list of highest paying jobs in California. An orthodontist is a dentist who specializes in the diagnosis, prevention, and treatment of crooked teeth and jaws, as well as incorrect bite patterns. Although they both help patients improve their oral health in different ways, an orthodontist is not the same as a dentist.

This is the eighth in our list of highest paying jobs in California. Dentists inspect, diagnose, and treat diseases, injuries, and malfunctions of the teeth and gums, making them one of the highest-paying careers in California. Dentistry is a comprehensive medical speciality that deals with the care of teeth, gums, nerves, and the jaw.

Read Also: Discover 70+ Deep Questions About God that will Amaze You

At the ninth top rated of all the highest paying jobs in California we have the work of a Chief Executives. Chief executives are one of California’s highest-paid occupations; they develop and formulate policies, oversee business operations, and provide general direction to an organization or firm.

Individuals interested in this position must first obtain a bachelor’s degree in a business-related field, then pursue an MBA with an emphasis on chief executives.

The master’s program will provide students with the necessary skills to perform this function effectively, as well as improve critical thinking and problem-solving abilities. You can operate as a chief executive officer in any industry where business is conducted, which includes all sectors and fields.

The tenth best rated of all the highest paying jobs in California is the work of a Judge. Being a judge is one of the highest paying jobs in California. A judge is a person who has completed law school and has been appointed to the position of judge by their country or state. Justices preside over court proceedings either individually or as part of a panel of judges.

When you are appointed by your country, state, or government, you will be equipped with the expertise to become a lawyer or a judge, and your decision-making skills will be near top-notch.

Here is another best rated of all the highest paying jobs in California. It is not only one of the top paying occupations in California, but it is also one of the most in-demand jobs in the United States and the world. Computer and information systems have become increasingly vital in the digital age, and every organization or corporation wants to fully immerse themselves in the subject.

The Work of an Airline Pilot Makes up our twelfth list of the top highest paying jobs in California. Pilots are the new taxi drivers, except that they fly, and you already know what they do.

I’m sure it didn’t surprise you that it’s one of California’s highest-paying jobs; after all, given what they do – flying massive aircraft through the air with people or cargo and securely landing them – they certainly deserve the tens of thousands of dollars.

To become an aviator, you must have a bachelor’s degree and 1,500 hours of flight time, which is performed throughout your training period, as well as obtain your pilot’s license or certification.

This is the last in our list of highest paying jobs in California. These doctors are unique in that they are educated with a unique mindset, talent, and knowledge that allows them to provide medical care to all members of the family, regardless of age, gender, or problem.

Many families have a family physician and feel safer with them because they are the only doctors who care for them, no matter what their health problems are.

Trust you found our article on Top 13 Highest Paying Jobs in California helpful. Follow our website for more interesting articles.

error: Content is protected !!
We use cookies to ensure that we give you the best experience on our website. If you continue to use this site we will assume that you are happy with it.Ok