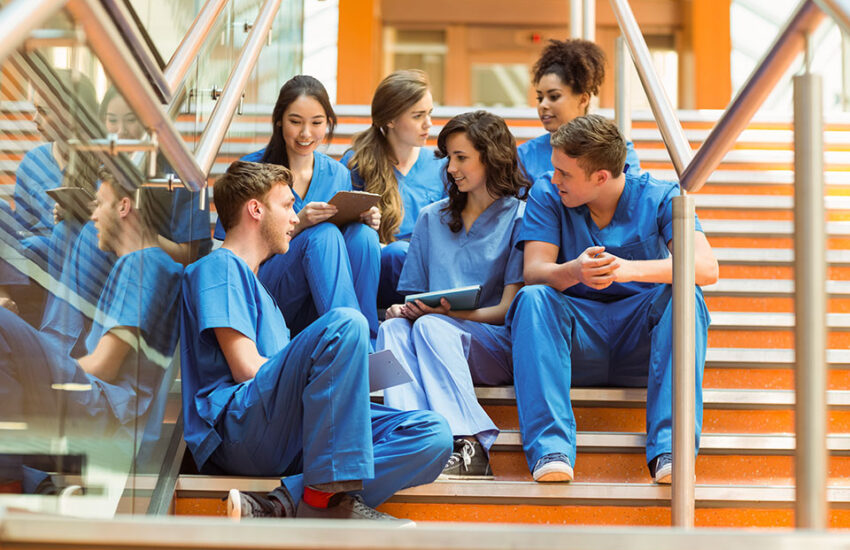 Spain, in comparison to many other European countries, offers world-class medical school programs at a lower cost. It is also an ideal destination for studying medicine because of its cultural diversity, fantastic weather and food, high level of living, and convenient position for further European travel.

While public and private universities differ, studying medicine in Spain is quite inexpensive. The only thing to keep in mind is that full-time medical school is only available in Spanish (English-language courses are just one-off or exchange options).

Although medical schools may be found in almost every major city in Spain, not all of them are of high quality. The best medical colleges in Spain are listed here.

Why Study Medicine in Spain?

Before heading to the list of the best medical schools in Spain for international students. Let’s explore why you should consider studying in Spain. Spain is a lovely country with a distinct culture, breathtaking scenery, delectable cuisine, and a world-class higher education system recognized for its teaching and research.

To summarize, the top motivations for studying medicine in Spain are:

The culture of Spain is fascinating, remarkable, and unique. Spain is surely a place to learn and unwind, with flamenco dance, delicious food, and an unwavering drive to live life to the utmost.

In comparison to destinations such as the United States, Australia, or the United Kingdom, the cost of studying medicine in Spain is both affordable and reasonable.

How to Study Medicine in Spain?

finding the best medical schools in Spain is important but knowing how to stay and study in Spain is as well important. If you want to study medicine in Spain or any other country as an international student, you’ll need to meet certain prerequisites, such as previous schooling, student visa requirements, and language requirements.

Students who have completed their previous schooling outside of Spain should first apply to the Spanish consulate in their country to have their qualifications verified. Because most medical programs are taught in Spanish, international students studying medicine in Spain are frequently expected to speak the language.

Medicine universities in Spain were among the first in the Spanish higher education system to implement a ‘numerus clausus,’ or a limited number of available open positions. In other words, medical schools in Spain are limited in the number of students they can accept. The number of open posts was limited to allow students to gain more practical experience and avoid overcrowding during hospital training.

Students from non-EU countries must get a student visa to attend and remain in Spain after being accepted to a medical school in Spain. International students can apply for a student visa at their home country’s nearest Spanish embassy or consulate.

The following documents are usually necessary for a Spanish student visa:

How Long Does it Take to Study Medicine in Spain?

In Spain, studying medicine and completing medical school will take around six years. Pre-clinical medicine is the focus of the first two years of study, which will teach the principles of medical sciences such as biology, physics, basic anatomy, physiology, and normal and abnormal processes within organ systems.

This is usually the only time when students have a dedicated session to learn the principles of medicine. Students will begin their clinical studies under the supervision of clinicians after completing pre-clinical training. Students can advance to their specialism for further training after six years.

Can I Study Medicine in Spain in English?

In general, students who wish to study medicine in Spain in English must be fluent in the Spanish language. The majority of medical programs are taught in Spanish, with a few exceptions where universities combine English and Spanish instruction.

Private universities are more likely to provide English-taught medical programs than state ones. If you want to pursue a medical degree and are willing to learn (or already know) Spanish, you should definitely investigate Spain’s higher education expertise.

How Much Does it Cost to Study Medicine in Spain?

The costs of studying medicine in Spain are reasonable and affordable, especially when compared to major international student hubs such as the United States. There are major disparities in tuition rates between public and private institutions, just as there are in any other country, with private universities charging higher tuition fees across their degree programs.

In terms of how much it costs international students to study medicine in Spain, it is fair to state that Spanish universities have some of the lowest tuition fees in Europe. Undergraduate programs, in particular, can cost up to €3,000 per year. The cost of studying medicine at private universities, which establish their own rates, can be as high as €20,000 per year.

Which Are the Top Medical Schools in Spain?

Spain’s finest medical institutions are consistently recognized among the world’s best colleges. In the subject of medicine, for example, the QS World University Rankings has five Spanish universities among the top 200 worldwide. Spain’s medical schools are known for their cutting-edge technology, facilities, and academic excellence. The university is located in Barcelona, one of Spain’s most beautiful and exciting cities, where you may get the best education while also having fun. This university values diversity, critical thinking, and research. They also offer a variety of student benefits in the form of scholarships, and they remain firm in their stance that education comes first.

Although most lectures are in Spanish and Catalan, there are a few courses that are entirely in English at the University of Barcelona, which has over 5,000 international students. They provide a sound teaching strategy as well as a welcoming learning atmosphere for all pupils.

This university also has a teaching hospital where medical students can receive practical experience under the supervision of notable doctors and scholars.

This clinical education will go a long way toward ensuring that students are prepared for any future issues. Because degrees from Spain are recognized worldwide, this mix of theoretical and clinical instruction may be useful in future employment searches.

The University of Granada is another outstanding school among the best medical schools in Spain. It is one of Spain’s oldest universities, having been founded in 1531. The university’s origins may be dated back to 1349, when it served as a school for geometry, logic, medicine, calculus, and astronomy.

The University of Grenada has about 47,000 students, with over 4,000 of them being international students. They offer some English education, but the majority of subjects are still taught in Spanish, so be prepared to learn a new language.

The University of Seville, initially known as Colegio de Santa Mara de Jess, was founded in 1505 and has been one of Spain’s most prestigious educational institutions for nearly 500 years, delivering high-quality education and experience. This university is also a museum, with an incredible legacy and history depicted in immaculately preserved artifacts. It is one of the best medical schools in Spain.

The university’s slogan is “Equality, liberty, justice, and pluralism,” and to that end, international students, instructors, and staff are welcome. They also work with a number of hospitals and universities, including Harvard. This can be quite beneficial for students who desire to continue their studies here.

Although Zaragoza University was founded in 1542, it has been mentioned since the 12th century. They are currently proudly recognized as one of Spain’s leading technical innovation centers, attracting students and scientists to this university. It is also one the best medical schools in Spain.

Pompeu Fabra, another prominent and one of the best medical schools in Spain for international students, is a public university founded by the Autonomous Government of Catalonia in 1990. Its name is a tribute to the linguist and Catalan language expert Pompeu Fabra. This university is well-known around the world and is one of Spain’s top three universities, alongside the University of Barcelona and the Complutense University of Madrid.

The medical degree is delivered in a multidisciplinary context in collaboration with the Autonomous University of Barcelona. It is located on the Parc de Salut Mar site, which also houses key research centers including the Hospital del Mar and the Parc de Recerca Biomédica de Barcelona.

This program accepts a small number of students each year – approximately 60.

7. The Complutense University of Madrid

Complutense University is another great university on this list of best medical schools in Spain for international students. It was founded in Alcalá in 1293 and moved to Madrid in 1836, making it one of the world’s oldest institutions. It is a large university with approximately 86,000 students and a diverse range of disciplines offered on a sprawling campus in Madrid’s Ciudad Universitaria region.

The Hospital Clinico Universitario de San Carlos, Hospital Gregorio Maranon, and Hospital 12 October are all run by the School of Medicine. On campus, there are also a number of specialty clinics that work in collaboration with the Ministry of Health or conduct specific research for the Ministry. As a result, the School of Medicine collaborates closely with the government and receives substantial financing as a result.

There are several entry choices for Complutense University, depending on where you received your high school diploma. To complete the full-time degree, there are entrance examinations and a prerequisite to speak fluent Spanish.

The University of Valencia is a renowned academic institution in Spain and one of the country’s oldest universities. It was founded in 1499 and is based in Valencia. It has three campuses, one of which is the Faculty of Medicine, which is located on Avenida de Blasco Ibanez.

The University of Valencia is one of the best medical schools in Spain for international students. The medical degree is offered full-time over six years, with classes delivered in a mix of Spanish, Valencian, and English.

On the one hand, it emphasizes knowing the fundamentals of biology and the relevance of humans’ relationships with their physical and social environments, while on the other, it emphasizes gaining a high level of clinical experience.

This is another outstanding university on this list of best medical schools in Spain for international students. This Salamanca-based institution is the third oldest in the world and the oldest in the Hispanic world, having been founded in 1134. Salamanca University has a long history of distinguished graduates and strong religious ties, but it has gradually become more secular over time.

Salamanca today has the biggest number of students from all across Spain, as well as a sizable international student population. A Cancer Scientific Center, the Castile and Leon Institute of Neuroscience, and the Ultrashort Ultraintense Pulse Lasers Center are among the research institutions that support education.

This public institution, which is located in the Spanish capital, was established in 1968 at the same time as the Autonomous University of Barcelona and the University of the Basque Country. it is one of the best medical schools in Spain for international students.

A dedicated Medicine campus is located north of Madrid, near the La Paz teaching hospital, which is one of the several institutions where students can gain clinical experience.

Although this medical school in Spain teaches in Spanish, there are some English-language courses available for exchange students. International students are welcome to participate in clinical rotations at the Faculty of Medicine, as well as visiting students in the Master’s program. If you want to get your MD, you’ll have to take a six-year Spanish language course.

Trust you found our article on top 10 best medical schools in Spain for international students helpful. Follow our website for related articles.