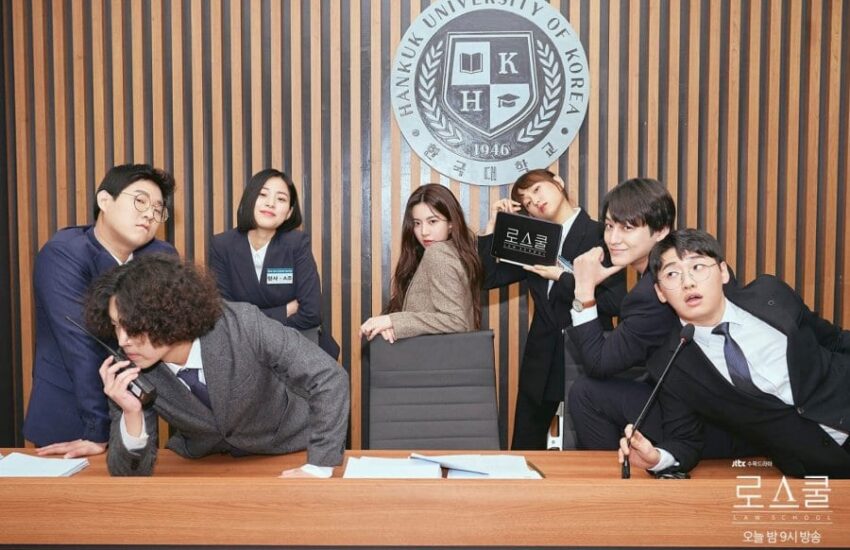 Given the growing demand for English-speaking legal experts, Korea has identified global prospects and opened its market to foreigners and businesses.

It used to be necessary for foreign citizens who wanted to practice law in Korea to pass the Korean Bar Exam and complete a two-year training program at the Judicial Research and Training Institute. The best law schools in Korea are what we’ll be looking at in this article.

A foreign applicant must now complete a three-year graduate program at the best law schools in Korea universities law school and pass the Korean Bar Examination under the new rules, which were put into effect in 2009.

Foreign lawyers must also have a work visa in order to practice in Korea. Foreign lawyers can work as foreign legal consultants or in law firms after meeting the necessary prerequisites. Visit the website of the International Bar Association for further details.

In Korea, a career in law is well-paid and highly desirable. If you graduate from an institution outside of your country, your salary will be higher than the national average.

Many businesses are willing to pay attorneys and legal experts significant sums of money in order to protect their interests.

You can navigate legal complexities, processes, and everything else relating to the law with the assistance of an experienced attorney.

The significance of legal matters is increasingly evident as society moves toward industrialization and modernization. Human resources are also becoming more and more important to enterprises.

Legal difficulties, administrative problems, and business-related restrictions do not deter many corporations from investing a sizable sum of money in highly qualified attorneys.

In South Korea, what legal degrees are given out?

Legal education in Korea has historically been conducted using German and Japanese methodologies.

According to the National Law Journal, recent reforms have caused professional education to move away from undergraduate LL.B. programs and toward postgraduate J.D. programs.

In addition, a few of Korean institutions still offer legal education within academic and scholastic contexts, offering postgraduate certifications and graduate degrees in law, including a Ph.D. in law.

Other legal systems, such the Common Law, are also heavily studied in many institutions in addition to Korean law.

What makes Korea a good place to study law?

For students to study and build a profession abroad, they must exert a lot of motivation and work.

The explanations given below will provide you additional motivation to help you become more determined to change your future and proclaim your own individuality.

If you earn a legal degree from one of best law schools in Korea, employers will place a high value on your professional background. You’ll have a better chance of finding employment as a result.

Your salary will increase in line with how much experience you have. There is no substitute for putting up the necessary effort when it comes to fairness, especially in a nation like Korea.

International law graduates in Korea are therefore unafraid of their future work prospects or financial security.

Even though Korea is a developing nation, its economy is going through considerable changes. Unfortunately, there is a shortage of personnel with excellent legal training and credentials.

In any firm, whether privately or state-owned, legal proceedings must be handled by a team of highly experienced lawyers.

As a result, having a degree from a foreign nation, like Korea, will provide you a distinct advantage when applying.

On the status and growth of organizations and corporations, the legal sector has a substantial influence. The viability of a corporation will be determined by a competent attorney.

As a result, businesses and organizations won’t think twice to shell out a sizeable quantity of money to hire the best attorneys, who have the highest degree of skill and the best track record of success when defending their clients.

Lawyers are entitled to a number of additional benefits in addition to the official salary, such as a substantial bonus scheme.

Requirements for studying in one best law schools in Korea

English proficiency requirements must be met before an international student can be admitted in any best law schools in Korea. If you speak another language well, your chances of having your application accepted will be increased.

Some prerequisites for best law schools in Korea include:

The cost of studying law in Korea is as follows:

Here are the best law schools in Korea, viz;

Hanyang university is among the best law schools in Korea. The College of Law was founded in 1959, two years after Hanyang University was founded as a four-year university.

Its membership in the Ministry of Education’s list of 25 approved law schools demonstrates its dedication to providing top-notch instruction and cutting-edge endeavors.

There are about 1,200 professionals who graduated from it and are employed by the Supreme Court, law firms, and other organizations.

Every year, the application season begins in October. To apply, you must have a passing score on the Legal Education Eligibility Test (LEET), have your records reviewed, and write an essay explaining why you want to practice law.

One of best law schools in Korea is  Hanyang University.

This is one of the best law schools in Korea institution of higher education, Yonsei University, was founded in 1885 as Gwanghyewon Hospital, the country’s first western hospital. It is among Korea’s top legal schools.

The best law schools in Korea is dedicated to providing the best education possible by utilizing resources like Gwang-bok Hall and hiring the most skilled faculty.

More than 20 disciplines are offered in English as a second language at Yonsei Law School.

Through the university’s collaboration with 10 universities in seven nations, students can obtain dual J.D./LL.M. degrees as well as eligibility for the Korean and US bar exams if they take part in international exchange programs.

As one of the oldest and most famous best law schools in Korea, Korea University Law School was founded in 1905.

The Korea University Law School became a recognized institution in 2009 with the creation of the South Korean legal education system. The law school currently has 44 professors who are in charge of teaching 14,000 law students.

More than 20% of the courses at Korea University Law School are offered in English, and many of them have a focus on international law and practice.

The option of taking in-depth classes led by well-known professors from around the world is available to students. Along with master’s and doctoral degrees, the institution also offers diploma, Juris Doctor, and Doctor of Jurisprudential Science programs.

One of best law schools in Korea at Seoul National University.

The School of Law was founded by the Yi Dynasty in 1895. Its initial offerings included courses in legal procedure, criminal law, civil law, and contemporary law before expanding to include programs in international law, constitutional law, and business law.

The Seoul National University Asia-Pacific Law Institute (APLI), one of the first organizations in the world to specialize in Asian laws, and the Law Research Institute were all housed there when the law school’s library was built in 1946. Together, they have contributed to the development of a best law schools in Korea and also a top-notch educational environment.

Admission to the master’s program requires a bachelor’s degree in addition to 327 on the TEPS or 86 on the TOEFL (IBT) for overseas applicants.

Candidates must hold a master’s degree in addition to a minimum TEPS score of 327 points or a TOEFL (IBT) score of 86 points in order to be accepted for the doctoral program.

This is one of the best law schools in Korea. For many years, Sungkyunkwan University has been integral to the growth of the nation’s educational system.

Sungkunkwan Royal Academy, which was founded in 1398, was well-known for emphasizing Confucian Classics during the Joseon Dynasty.

The College of Law was founded in 1953 and later changed its name to the Sungkyunkwan University School of Law in 2009. Which have been one of the best law schools in Korea

More than 40% of the courses are taught in English despite the fact that the bulk of them are taught in Korean due to the nation’s high level of international competition.

The admissions procedure can be very challenging due to the stringent prerequisites and the fact that just 20 law students are accepted each year.

The Law School has a total of 39 law professors and 595 students enrolled, who are pursuing degrees such the Master of Laws, Juris Doctorate, and Doctor of Science in Law.

A semester at one of Korea’s top law schools lasts for 16 weeks and starts in the spring and fall semesters.

Trust you found our article on Best Law Schools In Korea in 2022 helpful. follow our website for more interesting articles.