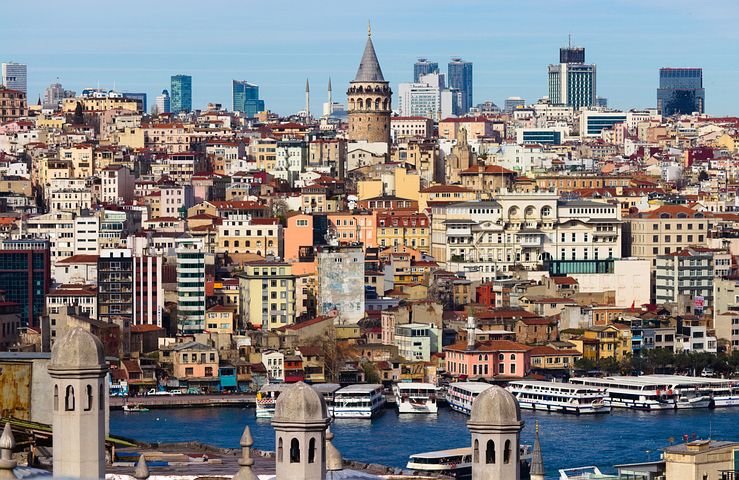 Medicine is a calling that only a selected few can pursue, owing to the high cost of medical school. As a result, many students are considering studying medicine in nations like Turkey. Private Turkish medical schools charge between $15,000 and $25,000 in tuition, according to estimates.

In this article, we have taken our time to comply a list of, 10 best medical schools in Turkey.

This is a big difference from places like the United States, where annual tuition may cost anywhere between $35,000 and $58,000.

Before we go into the list of the 10 best medical schools in Turkey, let look at some key aspects.

The school’s requirements vary. Some institutions provide free tuition to students who have passed the International Student Exam (YS) as well as the TOEFL IBT or IELTS. Admission to state medical schools also requires a strong GPA and GRE score.

Applicants to private medical schools, on the other hand, are normally not required to take the International Student Exam.

They must, however, have a good GPA (80%) as well as GRE and TOEFL, IBT/IELTS scores. Private universities have greater acceptance rates since they have more vacancies for international students.

Before looking at the 10 best medical schools in Turkey, let’s take a look at the cost of studying medicine in Turkey.

Private medical colleges, as stated in the introduction, cost between $15,000 and $25,000 a year to attend. You will also have to pay for living expenses such as rent, food, and transportation. For many overseas students, this fee will be prohibitively expensive.

The duration of study in any of the 10 best medical schools in Turkey, takes 6 years.

In comparison to the United States, where medical school takes four years, studying medicine in Turkey will take six years.

Basic science education is provided in the first and second years, whereas pathologies and diseases are covered in the third year.

Clinical internships are the focus of the fourth and fifth years, while sixth-year students take on the role of a regular doctor. Despite the fact that they are considered interns, these physicians are paid for their hospital tasks.

Haven said all that, let’s now take a look at the 10 best medical schools in Turkey. Also included are links to each school. 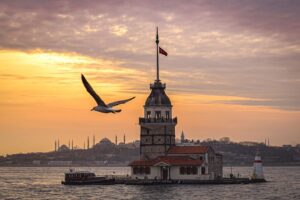 Below is a list of the 10 best medical schools in Turkey, we hope you will find this information very helpful.

First on list of 10 best medical schools in Turkey, is the renowned Hacettepe University Faculty of Medicine

Hacettepe University, which is located in Ankara, is the top-ranked Turkish university in terms of academic performance. It is ranked 4th in Turkey among all worldwide universities due to its strong international standards.

As a result, its Faculty of Medicine ranks highly in US News’ Clinical Medicine metrics. It is ranked fifth in clinical medicine international collaboration, making it an excellent choice for overseas students.

This Turkish medical school, which was founded in 1954, offers two programs. The standard MD curriculum lasts six years. A joint MD-Ph.D. program, on the other hand, is an option for qualified applicants. After two years of medical school, students can pursue doctoral study.

At the Capa Campus, where the Istanbul Medical Facility hospital is located, these courses are taught concurrently.

According to US News, its Surgery program is ranked 7th in terms of international collaboration. The school’s various international relationships, such as the M8 Partnership, which includes 25 medical schools from around the world, attest to this.

It also offers the Erasmus Program, which allows students to study at selected European universities.

We look at our next school in our list of 10 best medical schools in Turkey,  Ege University Faculty of Medicine, Turkey’s premier medical school. This institution offers a student-centered and community-oriented outcome-based education program.

The school was established in 1955 and was situated on the old site until 1971, when it was relocated to Bornova.

The Ankara University School of Medicine was founded in 1946 and is known for being Turkey’s first medical school. Students often complete their medical studies and clinicals at the Ibni Saha Hospital on the Sihhiye campus.

Both Turkish and English medicine programs are available at Ankara University. The latter is distinct from the former in that it is more supportive of research culture. As a result, Ankara University is ranked number 27 in terms of regional research reputation by US News.

Marmara University, based in Istanbul, is one of Turkey’s most well-known state universities. It is also one of the oldest, having been founded in 1883. However, the university had to go through multiple name changes before being renamed Marmara.

Marmara University has 14 campuses in Turkey, with locations on both the Asian and European borders.

Marmara University, like most medical schools in the country, provides MD programs in both Turkish and English.

According to the World University Rankings, it scores highly in industry income and research citations in the health and life sciences. The school’s clinical medicine research, which is ranked 65 in the region, is also well-known.

Read also: 19 Cheapest Universities in the USA for International Students | 2021

Dokuz Eylül University is a newer institution, having only been established in 1982. Despite this, this Izmir-based university is well-known for its 17 faculties, including the well-known School of Medicine.

The medical school, as well as other health-related institutions, are located on the nciralt campus. In 1997, the school became the first faculty to adopt the problem-based learning method, in addition to producing renowned alumni.

Medical students have the opportunity to gain valuable clinical experience at Dokuz Eylül University Hospital, which is regarded as one of Turkey’s greatest medical centers. It also has a world-class research and development facility where students can learn about critical medical concerns like cancer biology, molecular biology of genetic disorders, and cutting-edge cellular therapies.

Koc University School of Medicine, one of Turkey’s premier medical schools, was founded in 2008. The Medical School, as well as the University Hospital and research institutions, are located on the Topkapi campus.

Only 60 students were accepted for the AY 2019-2020 at Koc University, indicating that admission is extremely competitive. The curriculum is only taught in English, unlike other schools. However, bedside instruction is given in Turkish, particularly during the fourth year.

Koc University has the distinction of being one of the best global universities in Asia, in addition to being one of Turkey’s top institutions. US News has acknowledged Koc University in the field of clinical medicine, particularly in terms of international collaboration, for its student-friendly atmosphere. 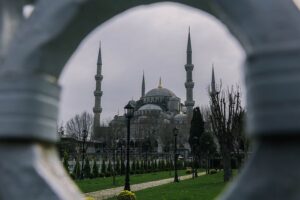 Akdeniz University, in the province of Antalya, is a well-known educational institution in Turkey’s Western Mediterranean region. Harden’s educational curriculum is noted for being student-centered, with a strong emphasis on problem solving and integration.

Various training methods are used by the Faculty of Medicine, which was once a part of Ankara University until 1981. Lessons in the classroom or in an amphitheater, laboratory applications, skill training, community education, and clinic practice are among them.

Medical students at Akdeniz University complete their clinical rotations in the school hospital, which has a capacity of 775 beds.

Gazi University is a public university in the Turkish capital of Ankara. The School of Medicine was founded in 1979 with only 7 professors and 100 students. With 929 academicians and 2775 students, the institution has become one of the best medical schools in the country.

Students are also encouraged to conduct research, which has boosted the school’s regional research reputation and helped it become one of Turkey’s best medical schools.

Clinical internships are mainly completed at the same-named Gazi University hospital, which was founded in 1986. It is one of the best medical centers in the country, having received the ISO Quality Assurance Mark as the country’s first public hospital.

Erciyes University Medical School rounds up our list of the 10 best medical schools in Turkey. Erciyes University, founded in 1978, is located in Kayseri, a city in central Anatolia. The first three years of medical school are dedicated to integrated studies. History, Turkish language, and other foreign languages are among the required courses.

Medical clerkships in Internal Medicine, Obstetrics & Gynecology, Pediatrics, and General Surgery are the focus of years 4-6. The institution has produced distinguished leaders not only in hospitals but also in community centers as a result of this intensive educational program.