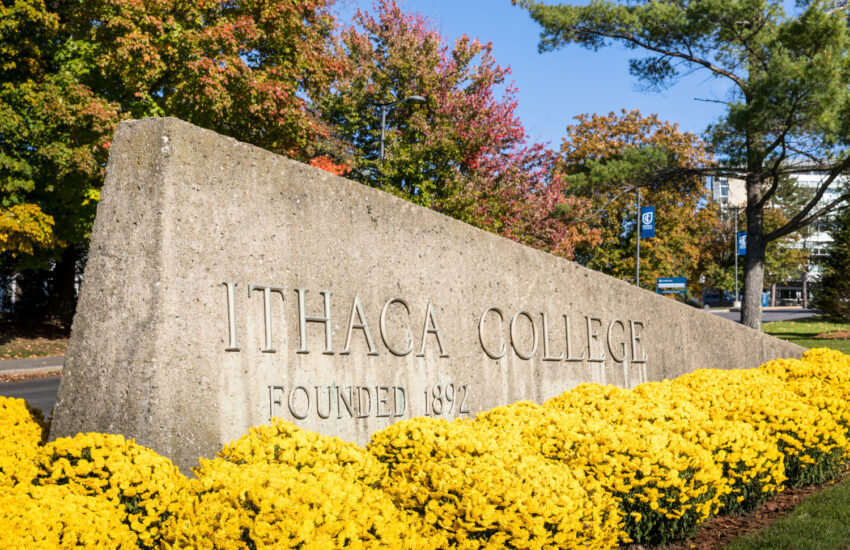 The 10 best colleges in Ithaca today is what we have to discuss in this article, here we are going to provide you with the list of top best collages in Ithaca New York, and along with links that leads to the various platforms to all these collages that we are to list down.

Because of its gorgeous waterfalls and lakes, thriving music and arts scene, wineries, organic farming, and a stimulating environment all year, Ithaca is one of the states with a fascinating terrain. Your imagination will be sparked and fueled while studying in Ithaca.

We’ll look at the Best Colleges in Ithaca, New York in this post to see which one is right for you.

The university will have 14,743 undergraduate students enrolled in the autumn of 2020, with over 1,000 student organisations on campus ranging from the Big Red Marching Band to the International Affairs Society.

Graduate schools include the prestigious S.C. Johnson Graduate School of Management, College of Engineering, Law School, and Weill Cornell Medical College. Cornell is also known for its highly acclaimed School of Hotel Administration and top-ranked College of Veterinary Medicine, all of which contribute to Cornell’s reputation as one of Ithaca’s best universities.

Cornell University’s tuition and fees are $61,015, and it is ranked 17th in National Universities’ Best Colleges for 2022.

Second in our list of best colleges in Ithaca is the Ithaca College. Ithaca College was founded in 1892 in the Finger Lakes region of New York state, some 200 miles northwest of Manhattan. It will have a total undergraduate enrollment of 4,957 students in the fall of 2020.

Ithaca College offers a variety of majors in the departments of Business, Communications, Health Sciences, Human Performance, Humanities and Sciences, and Music to undergraduates. Ithaca College is ranked 9th in the Top Institutions in Regional Universities North for 2022, and its tuition and fees are approximately $46,610, making it one of Ithaca’s best colleges.

Students can also participate in a recreational or club sport or join one of the more than 200 student organisations on campus. The varsity teams of the Ithaca Bombers compete in NCAA Division III’s Empire 8 Athletic Conference. Robert Iger, chairman and CEO of The Walt Disney Company, and actor David Boreanaz, who has appeared in the television shows “Bones,” “Buffy the Vampire Slayer,” and “Angel,” are among Ithaca’s notable alumni.

Read Also: How To Get The Project Management Professional Certification In 2022

Keuka College is one of the best colleges in Ithaca.  Keuka College is a private institution located on the shores of Keuka Lake in the Finger Lakes region of New York state, founded in 1890.

Keuka College has 1,301 undergraduate students enrolled, tuition and fees are $34,030, and it is ranked 126 in the Best Institutions in Regional Universities North 2022 edition, making it one of Ithaca’s best colleges.

Basketball, baseball, soccer, and lacrosse are among the sports offered, with local tuition (about $6,258 per year) and domestic tuition (roughly $11,658 per year) being the most popular.

Empire Collage make up our fifth ranked of all best colleges in Ithaca. Empire State College may be an excellent choice for you if you’re seeking for the top college in Ithaca that offers flexibility and allows you to complete your education online.

The SUNY Board of Trustees and then-chancellor and future United States Commissioner of Education Ernest L. Boyer established Empire State College as a statewide pioneer in 1971. The Center for Distant Learning at Empire State College, a multi-campus college in Ithaca, offers flexible associate, bachelor’s, master’s, doctorate, and distance degrees to students all over the world.

With more than 110 online degrees and certificates, locations in every region of the state, and seven overseas sites, SUNY Empire students may fit their education around their busy lives, whether online, face-to-face, or a combination of the two.

The college has roughly 10,000 undergraduate students and a 63 percent acceptance rate, with a local tuition charge of $7,600 and a domestic tuition fee of $17,515 each year.

In addition, SUNY Empire has learning agreements with UAW-Ford University, United Steelworkers of America, Corporate Non-Credit Training, the army, the Navy College Program, and the International Brotherhood of Electrical Workers, making it one of Ithaca’s best institutions.

This is the Next of all top best colleges in Ithaca. SUNY Institution was established in 1868 as a public college in Cortland. In three academic departments, the university provides graduate and advanced certification programmes.

Because it has a comprehensive university system in the United States with over 50 institutions, including research universities, academic medical centres, liberal arts colleges, community colleges, colleges of technology, and an online learning network, SUNY College is one of the best colleges in Ithaca. SUNY College is placed 71st in Regional Universities North, with in-state tuition of $8,806 and out-of-state tuition of $18,716.

Elmira College is the seventh in our list of best colleges in Ithaca. Elmira Institution is a private coeducational college in Ithaca, New York, founded in 1855. It was the first women’s college to offer a rigorous curriculum comparable to those of the best men’s universities.

Elmira is a liberal arts and sciences college. Elmira is among the finest colleges in Ithaca because she fosters a collaborative and supportive environment that encourages students to become active learners, influential leaders, responsible community members, and globally engaged citizens.

The College is committed to community engagement, academic and personal growth, and is proud of its history and legacy.

Elmira became coeducational in 1969 and will enrol 715 undergraduate students in 2020, the majority of whom will be residential students. Advanced certificates, master’s degree programmes, and non-credit professional development courses are also available at the College.

In the Best Colleges in Regional Colleges North for 2022, Elmira College is rated 9th. Tuition and fees total approximately $35,228.

Next of all top best colleges in Ithaca is the Wells Collage. Wells College, founded in 1868, is a private university with 419 undergraduate students in 2019. The total cost of tuition and fees is $31,900.

Wells College is a small liberal arts college in Aurora with slightly more than 500 undergraduates. The school was founded in 1868 by Henry Wells, and it was an all-girls’ school until 2005. Wells is now affiliated with the University of Rochester, Cornell University, Clarkson University, and Columbia University, allowing students to cross-register for classes and complete a joint professional degree programme, making it one of Ithaca’s best institutions.

For the fall semester of 2019, Wells College has reduced tuition by 25% and offers over ten different scholarships to first-year, transfer, and international students. Wells College grads Pleasant Rowland, the founder of Pleasant Co., which creates American Girl dolls, and Frances Cleveland, the first lady when her husband, Grover Cleveland, was president, are both alumni.

This is the second to last in our list of best colleges in Ithaca. Cayuga County Community College is a public institution in Auburn, New York, and is another of Ithaca’s top institutions.

In 15 different subjects, degrees and certifications are available. Among its most popular programmes are Liberal Arts and Sciences, General Studies and Humanities, Health Professions and Related Programs, and Business, Management, Marketing, and Related Support Services.

Here we conclude our list of best colleges in Ithaca. Founded in 1946, the school was renamed in 1984 after Samuel Curtis Johnson, founder of S.C. Johnson & Son, in honour of his family’s $20 million endowment donation to the school in his honour, the largest gift to any business school in the world at the time.

Sage Hall is the home of Cornell University, a private Ivy League college in Ithaca, New York. It has 600 Master of Business Administration (MBA) students in full-time two-year and Accelerated MBA programmes, as well as 375 Executive MBA students, making it one of Ithaca’s finest institutions.

Trust you found our article on 10 Best Colleges In Ithaca helpful. Follow our website for more interesting articles.