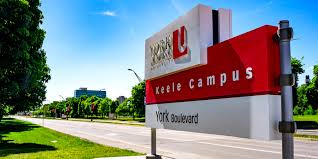 We will be looking at the acceptance rate of York University Toronto and other important details of this institution of learning.

There is no specified acceptance rate for York University Toronto, But according to existing data, they currently have a 27% acceptance rate, meaning, they accept a minority of applicants Yearly. The application can be done via York university 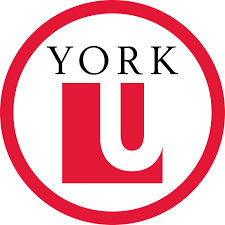 Why Study At York University Toronto?

It is well-known for advocating new ways of thinking in order to improve education and research. York University is an internationally known research university having collaborations with more than 200 premier universities across the world through its 11 faculties and 25 research institutes.

If you are a doer, you will thrive in this environment. Essentially, York students and graduates push boundaries, achieve goals, and find solutions to the world’s most important social issues, all while being supported by a strong community that encourages them to think outside the box.

You also have a better probability of landing a job after graduation if you attend York University. York University now has a 93 percent graduate employment rate.

York University Toronto is divided into two campuses: Keele and Glendon. The Keele Campus, York’s main campus, is located in the northwestern part of Toronto, bordering York Region. With 457 acres, it is Canada’s largest post-secondary campus, and it houses the majority of the University’s faculties.

Glendon College, on the other hand, is a bilingual liberal arts faculty and a separate campus of York University in the Lawrence Park suburb of Toronto. Glendon is unique among York faculties in that it has complete control over both recruitment and admission.

There are also more satellite campuses for the school. While the majority of Schulich School of Business and Osgoode Hall Law School programs are conducted on the Keele Campus, both schools also have satellite locations in downtown Toronto.

York University accepts applications from over 178 countries for admission to over 200 different degree programs.

admission to its different courses for international students is available in the 3 seasonal intakes of winter, summer, and fall. Every year, the university examines over 50,000 applicants and sends out an offer of admission within two months of making all selections.

York University receives over fifty thousand applications for admissions each year. The average acceptance rate last year for the York University on an overall basis was just over 27% with a total of applicants on record were 206,297, out of which 55,700 got admitted; with a ratio of 43% males, and 57% female applicants.

So no matter your country of origin or residence you can apply to York University Toronto and get admitted.

The average acceptance rate of 11% for graduate courses at York University was recorded with a total number of applicants of 54,546; out of which 6000 were admitted.

But on the other end, York believes everyone should get a chance to study and this is why it was giving admissions to a maximum number of applicants each year. Based on such records the average acceptance rate for 150+ degree programmes offered by York University was floating between 70-85% each year.

What Are The Admission Requirements At York University Toronto?

Select a program of interest, review the program criteria, then apply online at the official website.

Mature Students (20 years of age and above) must also provide other mandatory documents including resume, personal letter (one-two pages), postsecondary transcripts,  documents for any previous academic performance, among others, all documents must be an original copy(photocopies are not allowed)

International applicants must prove their English proficiency by passing either TOEFL or IELTS, one of the exams mentioned above, and send their score sheet along with the application. The minimum prerequisite for these tests differs depending on the course.

International students must note that test scores submitted to the university shall not be older than 2 years.

Conditional offers of admission will be made based on all of your Grade 11 exams and any available Grade 12 finals/midterms (in progress) as a Canadian high school graduate, with a focus on courses particular to the program to which you have applied.

York University Toronto welcomes foreign students from 178 countries and territories with a variety of educational backgrounds.

To get admitted to York University, applicants must have a valid visa to study in Canada as well as a high school diploma or secondary school certificate from their home country.

In general, obtaining a study visa in Canada is an important part of the admissions process for overseas students applying to York University. Prospective students must additionally apply for a study permit in addition to a visa.

Consult the nearest Canadian Embassy for a visa and study permit, which should be applied for as soon as possible to avoid last-minute issues.

The following is a list of necessary documents to apply for a student visa: 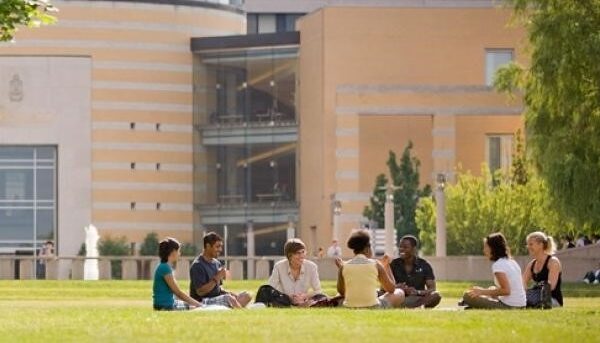 How Can I Apply To York University Toronto?

To apply to York University, prospective students must complete the following steps:

When Can I Apply To York University Toronto? | Application Deadline

Even if they meet all of the admission standards, prospective York University students must submit their application and all required documentation by the deadline. Please keep in mind that applications sent after the deadline will not be considered.

The following is the deadline for most programs:

How Is Student Life At York University Toronto?

York University’s campuses are surrounded by the energy of Toronto, Canada’s largest and most vibrant metropolis.

Students at York University can participate in a variety of activities and develop a passion for them. Students participate in clubs and groups, athletics, community service, and student-run activities in addition to campus life.

When students first arrive at York, they are assigned to a college depending on either their faculty and program of study (major) or the residence they live in.

Students, on the other hand, discover intriguing things to do and fantastic people to do them with at student groups. York University currently has over 300 student clubs and organizations, 13 periodicals, and 36 governing groups.

Furthermore, as a student, you will not want to miss any of the 1,000+ student-run activities, on-campus theatre performances, or York Lions sports.

In general, life at U of T is diverse. There are unrivaled academic opportunities as well as a plethora of social, cultural, recreational, and wellness programs.

According to them, they transform their students into powerful personalities for empowering a solid community and pressing social challenges. York University assures you to get a job soon after the completion of your desired course of study.

According to statistics available, about 75% of students who graduated from York University Toronto get employed within 2 years of graduation.

Gaining admission into York University is not easy due to its low acceptance rate, but this should not discourage any prospective student from applying.