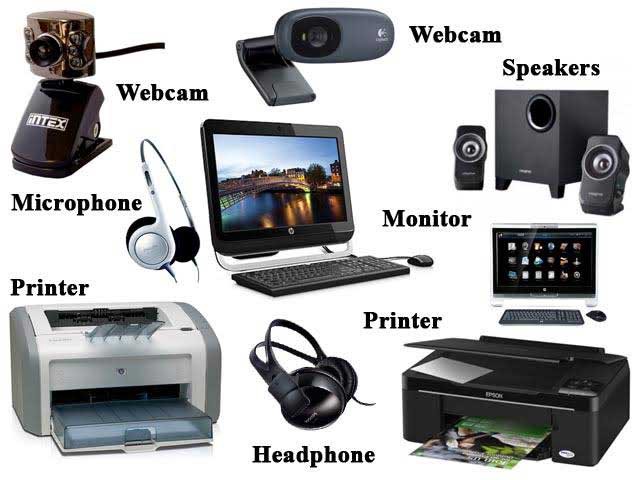 Should we not have a better understanding of computers given their significance to us? In order to further enlighten you, we have provided information on the various components of computer.

In this era of the pandemic, when everything has gone online—from classes to payments to board meetings and everything else—computers have emerged as one of the most essential items we require in our daily lives.

To understand computers better, we must first understand what they are. A computer is a device made up of numerous pieces or components that enable it to carry out commands that are given to it in the form of mathematical operations or other algorithms to process.

Computers are employed in practically every industry, including medicine, transportation, education, and entertainment. Our task has never been so simple thanks to it. 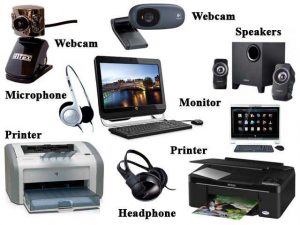 The motherboard, CPU, GPU, RAM, and hard disk drive, which stores all the data, are the major components of a computer. Following, we’ll go into greater detail on each of these computer parts.

A motherboard is a circuit board that serves as a communication channel for all of a computer’s parts and serves to keep everything connected. In order for them to work, the input and output devices must be hooked into the motherboard.

Through input units or devices like a keyboard, joystick, etc., computers can receive commands in the form of numbers, alphabets, graphics, etc. and respond accordingly. The responses are then output in a language that humans understand or that we have programmed the computer with. These inputs are then analyzed and transformed to computer language.

The output is what the computer receives as a result of the command we enter using the input device. The monitor is the device that is most frequently utilized since we provide commands using the keyboard and the result or outcome is displayed on the monitor after processing.

Since the CPU serves as the main processing unit, it is referred to as the “brain” of the computer because it controls and executes all operations.

There are three parts to it that aid in the CPU’s efficient operation and it communicates with every other part of the computer. The following are parts of the CPU:

The data entered via the input devices is stored in the CPU’s memory before being transmitted to the other components. Similar to how the input is saved in memory once it is ready before the user sees the outcome.

This device regulates how the computer’s working part works. When data is entered, it gathers it, sends it for processing, waits for the results, and then gives the user what they need.

As a result, the control center is referred to as the hub of all processing activities that take place in a computer since it receives instructions, decodes them, signals execution, and receives the output.

The calculations, arithmetic operations, data comparison, and decision-making performed in this unit are mathematical. It has circuits designed for multiplication, division, addition, and other calculations.

GPU is yet another essential part of the computer. High-end visuals, like those found in video games, are produced with the assistance of the graphics processing unit or video card.

People who must utilize images to carry out their work, including 3D modelers and others who use resource-intensive applications, can also benefit from good graphics like these. Typically, it has direct communication with the monitor.

In a computer, RAM is the part that is most frequently mentioned. Due to the fact that it is deleted upon each machine restart, RAM is often referred to as volatile memory.

It keeps track of the information about the processes and programs that are used regularly. Programs run more swiftly when this factor is present. Because it was slower, it was more outmoded now.

The hard disk drive (HDD) or solid state drive (SDD) used by computers to store all of their data depends on the type of computer. A mechanical arm reads the data from hard disk drives, which are disks that hold data. SIM cards in mobile phones are similar to solid-state drives. They operate faster than hard disks and have no moving parts. It takes no time at all because there is no need for a mechanical arm to physically locate data on the drive.

Components of Computer System and Its Function

Here is a complete list of computer parts and their functions:

This is one of the components of computer. The motherboard is the primary board that is directly fastened to the computer chassis. Its job is to establish connections between all the parts so they may talk to each other and cooperate.

Another components of computer is the input unit. Transmitting orders and data into computers is the input unit’s primary duty. Following that, the computer’s CPU processes the data and produces output. An input device is something like the keyboard on a laptop.

Output unit is one of the components of computer. The computer responds with a visual response (monitor), aural response (speakers), or media response that is transmitted via output devices (CD or DVD drives). The purpose of these devices is to translate the machine’s response into a form that the computer user can comprehend.

This is another components of computer. You could think of the CPU as the mind of the computer. It processes every piece of data in a computational sense. For the computer to carry out the duties for which it has been programmed, it reads data from the RAM and processes it.

GPU is one of the components of computer. In order to speed up graphics processing, a GPU was developed. They are great for machine learning, video editing, and gaming since they can render a wide variety of data.

This is another components of computer. Faster read and write operations are possible using RAM, a type of data storage. RAM is also volatile, which means that all of the data it has stored is lost if the power is interrupted.

Storage unit is one of the components of computer. All of the information and processing-related instructions are stored on this device. The processing’s interim findings are retained.

There are many different sizes and shapes of computers. Some computers are relatively large because they are used to do broad and complicated operations. There are some very large computers. Others are small, lightweight, and even portable enough to be worn as a pair of spectacles or as a wristband. They can even fit in your pocket.

People use personal computers, also referred to as general-purpose computers, for a number of purposes. Common parts of personal computers include a tower, a monitor, a keyboard, and a mouse. Users can produce documents and store them, play games, and produce audio, video, and photographic content.

Because they are more portable than desktop computers while yet having the same processing power, many users opt for laptop or notebook PCs. An integrated screen, keyboard, and mouse pad are features of a self-contained laptop computer.

The screens of tablet computers are slightly smaller than those of a regular laptop. Their unique selling point is that all user interaction takes place through touch. There is no mouse or keyboard. Swiping, pinching, dragging, and rotating items on the screen allow users to start tasks, manage the mouse, and enter data.

Questions and Answers about components of computer

e. None of the above

Q2. A computer comprises how many types of memory?

Q5. Which of the following are the physical parts of a computer?

Here are some question about components of computer.

1. A computer is a motorized device that processes output into an input.

3. A memory is consist of electronic components of computer that store instructions waiting to be executed.

4. Which is an output device?

D. All of the above

6. Which of the following is an advantage in using computers?

E. All of the above

8. Which of the following is the BRAIN of the Components of computer?

9. Computer provides solutions to problems. It makes our work a lot easier and more convenient. With this, people can communicate with other people easily. Computers DO NOT HAVE disadvantages.