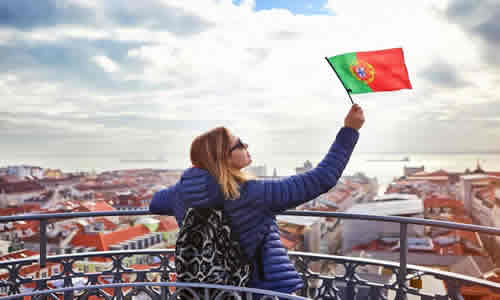 We compiled here 7 cheapest universities in Portugal for international students. This article includes a list of low-cost colleges in Portugal, as well as information on living costs, tuition fees, entrance requirements, how to apply, and more. Before proceeding, I’d want to give an overview of Portugal and Portuguese higher education.

Beautiful landscape, an intriguing combination of ancient structures and modern life, and an economical lifestyle that comes with studying in Portugal are just a few of the benefits for foreign students.

Portugal is a nation in southern Europe that borders Spain on the Iberian Peninsula. Many aspects of its culture have been influenced by its location on the Atlantic Ocean: salt cod and grilled sardines are national dishes, The beaches of the Algarve are famous tourist destinations, and most of Portugal’s architecture comes from the 1500s to the 1800s, when the country was a great maritime empire.

University and polytechnic education are the two primary sectors of higher education in Portugal. Universities have existed in Portugal since 1290. The University of Coimbra, the oldest of these institutions, was founded in Lisbon before relocating to Coimbra.

Why Study in Portugal

The following are some of the reasons why I believe you should study in Portugal as an international student.

Cost of Living in Portugal

The cheapest alternative is to live in your university’s halls of residence, which will cost between €165-230 (US$190-260) per month, whilst renting an apartment in private housing would cost around €400 (US$450) per month.

Undergraduate applications to study in Portugal are submitted online through Candidatura Online, a centralized system that allows candidates to rank up to six programs in order of choice.

You will very certainly be required to sit an admission examination in your native country, in addition to presenting documentation of your secondary level qualifications; public institutions utilize the national exam, whereas private universities have their own. If you’re learning in Portuguese (which is probable), you’ll need to show that you know the language.

Graduate students should apply directly to the universities in Portugal where they intend to study, including all needed papers, such as verification of previous credentials.

Because Portuguese institutions establish their own prices, tuition fees are not uniform across the board. It’s worth noting that public colleges are more likely to charge less than private universities.

How to apply to Universities in Portugal

Undergraduate applications to study in Portugal are submitted online through Candidatura Online, a centralized system that allows candidates to rank up to six programs in order of choice.

You will very certainly be required to sit an admission examination in your native country, in addition to presenting documentation of your secondary level qualifications; public institutions utilize the national exam, whereas private universities have their own. If you’re learning in Portuguese (which is probable), you’ll need to show that you know the language.

Graduate students should apply directly to the universities in Portugal where they intend to study, including all needed papers, such as verification of previous credentials.

Those from countries outside the EU/EEA and Switzerland planning to study in Portugal for more than three months must first apply for a resident visa (Visto para residencia). This may be done through your local Portuguese embassy or consulate and needs the following:

The passport that is valid for at least three months after your course ends;

A bank statement or a grant/scholarship might be used as proof of sufficient money.
Your visa will cost a maximum of €170 (US$190) and will take two or three months to process, so apply as soon as possible. Students from the EU should apply for an EU citizen residency permit and pay a modest cost within four months of arrival in Portugal.

The cheapest universities in Portugal are as follows; 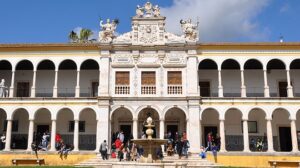 The Institution of Évora is the second-oldest university in Portugal. It was founded in 1559 by Cardinal-Infante Dom Henrique, the future King of Portugal. The institution was granted permission to teach numerous courses by the Papal Bull, with the exception of Medicine, Civil Law, and certain Canon Law.

It was forced to close owing to its Jesuit management, despite the fact that it had operated well for two centuries. As a result, it ceased operations in 1779 until resuming operations in 1973.

The Institution of Evora is the cheapest university in Portugal for overseas students, with a tuition cost of $3,000 per year. The institution now has around 10,500 students, including 1,000 international students from more than 70 countries. The university’s academic offerings have expanded as well, with programs in the Arts, Social Science, Science & Technology, Health & Human Development, and Nursing now available. 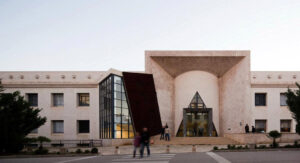 University of Algarve, or UAlg, is a public university in the Algarve region of southern Portugal. It now has two campuses, one in Faro and the other in Portimo.

While UAlg has a modest student population, over a fifth (19%) of that population hails from more than 70 nations throughout the world. The university’s low tuition – as well as its renown – are often cited as reasons for its popularity. It is currently considered as one of the greatest in Portugal – and Europe. It is also ranked among the best universities in the world, with 11 other Portuguese institutions.

This low-cost institution in Portugal is known for its Social Science courses, which are rated 301-400 worldwide. Life Science, Physical Science, and Business & Economics are also included in the 501-600 category. Health Science courses, on the other hand, are categorized as 601-650.

Read also:Best and cheapest Medical Schools in the world 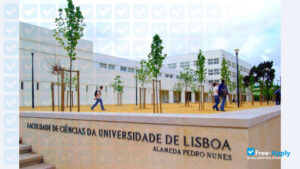 The University of Lisbon is Portugal’s largest educational institution, having been formed through the merging of two institutions in 2013. It now has over 49,000 students, 15% of whom are international. The university’s reputation — it is now ranked as the 28th best institution in the European Teaching Rankings – allows for such high demand. 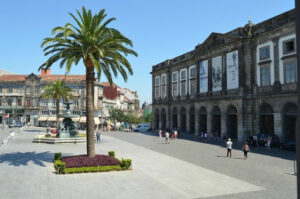 The Polytechnic Academy and Medical-Surgical School, which is one of the most affordable institutions in Portugal for international students, was founded in 1836 as the Polytechnic Academy and Medical-Surgical School. It was ultimately awarded university status in 1911, setting the stage for the institution’s continued expansion. With a population of about 32,500 students, the Institution of Porto is now Portugal’s second-largest university. It also boasts a much higher proportion of international students, who account up 18% of overall enrolment. 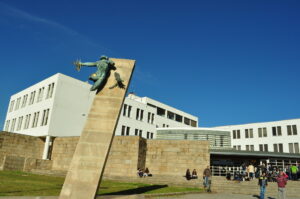 The University of Minho, with three campuses in Braga and one in Guimares, provides degrees in Arts & Humanities, Architecture, Social Science, Education, Psychology, Engineering, Economics & Management, Law, Medicine, and Science.

It is one of Portugal’s newest universities, having been founded in 1973. In fact, it has been recognized one of the greatest institutions under the age of 50 in the world.

Despite being a young school, it has quickly established itself as one of the finest in the country in terms of education and effect. This popularity has resulted in a student population of almost 18,500, with international students accounting for 13% of the total. 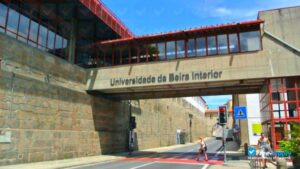 The University of Beira Interior, or UBI, was founded in 1979 as a public educational institution. It was called after the Beira area, which was once one of Portugal’s six provinces.

Despite its low enrolment rate, this low-cost institution in Portugal, located in Covilh, boasts a large international population. Currently, 18% of the school’s 7,100+ pupils are international.

The university’s reputation, which is presently regarded as one of the best in Portugal, has allowed for this influx of foreigners. It is also featured in the Impact Rankings and the Young University Rankings.

Computer Science, Engineering & Technology, and Business & Economics, all of which are ranked 301-400 in the globe, are among UBI’s top-rated programs. On the other side, the Social Science and Life Science programs are ranked 401-500 and 501-600, respectively. Last but not least, its Clinical Science degrees, which are ranked in the top 601+ in the world.

In 1972, the ISCTE – Lisbon University Institute, originally known as the Higher Institute of Business and Labor Sciences, was established in Lisbon. After being converted into a fundamental university in 2009, this cheap institution in Portugal abandoned this moniker. As a result of this recognition, the institution has expanded its offerings beyond the normal undergraduate degrees it provided as a Higher Institute to include postgraduate courses.

Our hope is that this article will help inform your decision on your next study move. For the latest information on the best / cheap universities and colleges or the latest scholarship opportunities around the world, follow our website.