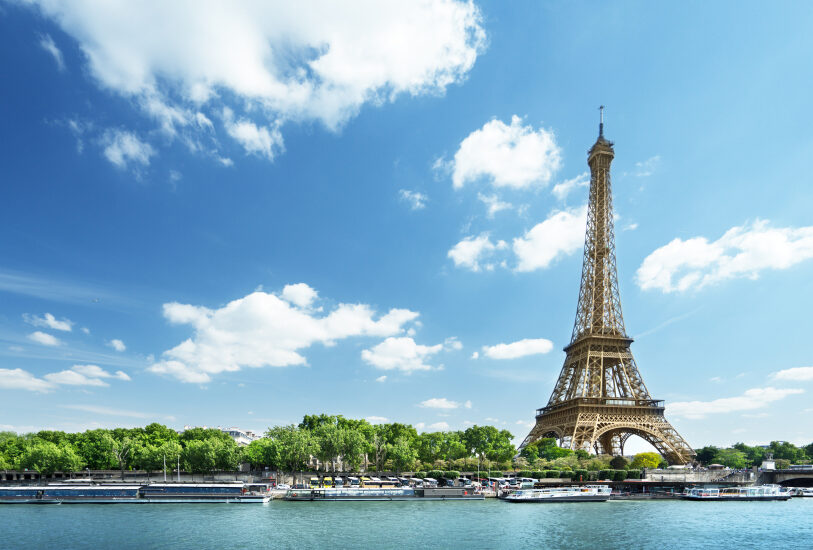 Best Universities in Paris and their global ranking. Paris is one of the world’s most beautiful cities. You wouldn’t expect the city’s universities to be any less good in such a gorgeous metropolis.

We’ve taken the liberty of bringing you the greatest universities in Paris and the best subjects you should consider studying in the world’s most beautiful city because we all want to be linked with opulence.

Three Parisian universities are among the top 115 higher education institutions in the world, according to the QS World University Ranking.

If you want to learn to read, write, and speak French, the Parisian environment will have a significant impact on you and help you understand the language more quickly.

Furthermore, French is an official language of many international organisations (such as the United Nations), and it can help you prepare for work in a variety of international and multinational settings.

As a result, we’re providing you with all of the information you’ll need to make smarter decisions among the best institutions in Paris. We simply ask that you read it thoroughly.

In Paris, how many universities are there?

In Paris, there are a total of 31 universities.

Despite its status as a tourist destination, the historic city places a high importance on education.

It may interest you to know that all of France’s top universities are located in Paris.

This is the first in our list of top best Universities in Paris. PSL is ranked 45th in the world and first in France in the World University Rankings 2020. It was previously the fourth young university in 2019.

Can you believe this fantastic university was founded in 2010?

PSL educates a wide range of subjects, from science and engineering to the arts and humanities. Aside from humanities and social sciences. There are a total of nine faculties.

It was founded with the goal of becoming one of the world’s top research universities. We can say it has progressed to that point.

It also boasts an 11.5 to 1 student-to-staff ratio. International students account for 26% of all students.

Their programme is open to undergraduates, master’s students, and Ph.D. students. They offer programmes for students pursuing continuing education as well as those seeking licensure.

The École Normale Supérieure is a PSL affiliate school and a PSL foundation. Only 200 pupils are accepted each year at this school.

The Collège de France, ESPCI ParisTech, Chimie ParisTech, the Observatoire de Paris, the Université Paris-Dauphine, and the Institut Curie are among the other affiliates.

At the second top best Universities in Paris we have the École Polytechnique. X is the nickname for this prominent French public institution.

Times Higher Education has ranked it as the third best university in France and the 93rd top institution in the world. According to the QS World Ranking, it is ranked 53rd in the world.

The rate of acceptance is 11%.

It’s a popular choice for engineering students. It also serves as the university’s most demanding curriculum.

Around 400 citizens are accepted, while foreigners must take a preparation course. Other French colonised nations, on the other hand, can apply for admission by taking the standard university entrance exam.

Other international students who do not wish to take the preparation exam might participate in a one-semester exchange programme at the institution. However, this is only applicable to undergraduate courses.

For the bachelor’s programme, they teach in English. Other universities are affiliated with the master’s programme. Their PhD degrees are accompanied with laboratory experience.

Here comes the third in our list of best Universities in Paris. The Sorbonne University is ranked 77th in the world by QS in 2020, and it remains the city of Paris’ third highest-ranked university.

It is ranked 80th in the world by Times Higher Education and second in France.

This institution was created in 2018 after the Paris-Sorbonne University and the Pierre and Marie Curie University merged.

Despite being a new college, it possesses France’s largest arts and humanities faculty. It also has a student body of 55,600 students, with 10,200 international students.

In a similar spirit, you can visit their campus in Abu Dhabi, the capital of the United Arab Emirates, to study literature, languages, humanities, and sciences.

There are around 12 students per faculty member, for a total of 4,879 faculty members and 42,857 students. These are full-time students who have been accepted. In addition, roughly 10,200 overseas students make up 21 percent of the total.

Their percentage of acceptance is pretty high.

The Institute d’Etudes Politiques de Paris, or Sciences Po Paris, is a humanities and social sciences research institute. It is the fourth in our list of best Universities in Paris.

As a result, she devotes around 35% of her budget to funding research on these topics.

She is placed 242nd in the world in the QS World Rankings for 2020. The Sciences Po Paris campus is one of seven in France.

International students make about 49% of the student body.

The Sciences Po Undergraduate College offers a three-year bachelor’s degree that includes a year spent as a transfer student at one of the 470 partner universities.

It also boasts a strong employability index, with 87 percent of its graduates being hired within six months of graduation.

According to Times Higher, it is ranked 188th in the world and the 5th top university in Paris.

It is one of France’s most distinguished engineering schools, having been recognised among the top 300 engineering and technology schools in the world.

According to the QS World University Rankings by Subject 2019, this is the case.

Similarly, it is one of the best institutions in terms of the amount of international students.

For example, international students make up more than half of the student body.

They are divided into six faculties. In addition, the Sophia Antipolis campus offers an English curriculum.

In addition, there are six students per staff member.

Similarly, because it is a very selective school, the admittance rate is quite low.

Each year, it accepts about 250 international graduate students.

Electronics and communications, computer science and networking, signal and image processing, and economics and social science are the four departments.

This is the sixth in our list of best Universities in Paris. The École des Ponts ParisTech is now ranked 250th in the world, up 13 places from last year. This is based on a QS ranking.

A close ranking of 251-300 was given by Times Higher Education.

Ponts teaches engineering, science, and technology at the undergraduate and graduate levels. It is also largely considered as one of France’s best technological universities, with a positive international reputation.

Only 21% of their students are undergraduates, whereas 79 percent are graduate students.

You might be surprised to learn that 90 percent of postgraduate students are international.

In general, 40% of their students are non-french speakers.

Ponts has six departments that teach courses. They also feature a plethora of research institutes and labs where Ph.D. students and postgraduates can be trained.

They also provide exchange semesters for their students through partnerships with some of the world’s most prestigious technological schools, such as Berkeley, Georgia Tech, and Imperial College, London.

At the seventh rated top best Universities in Paris we have the University of paris. This university is not to be confused with the one that has been around since 1970.

There are approximately 61,000 pupils enrolled.

It is ranked 130th in the world by Times Higher and fourth in Paris.

QS is ranked 253rd. The disparity is enormous.

It provides 29,000 courses in the arts, humanities, and languages, as well as human, economic, and social sciences, science and technology, medicine, and dentistry.

She has 45,625 students, with 69 percent being undergraduates and 31 percent being graduate students. With 3,968 employees, the staff-to-student ratio is 11.5.

Postgraduate students are made up of 68 percent international students.

Université Paris-Sud 11 makes up our eighth list of the top best Universities in Paris. Université Paris-Sud 11, which is situated across four campuses in the southern suburbs of Paris and is ranked 262nd in the world in the 2020 QS World University Rankings, prides itself on its wide range of multidisciplinary programmes.

They offer a comprehensive and diverse choice of courses, ranging from bachelor’s degrees to doctoral degrees. Because of the reputation and dedication of its teaching staff, these courses are known for their high quality.

This university makes up our ninth list of the best Universities in Paris. Currently, the university is ranked 305th in the world.

The law school of the ancient University of Paris has been replaced by the Université Paris 1 Panthéon-Sorbonne.

It is especially prestigious for disciplines in the arts and humanities. It ranked 18th in the world for archaeology, for example.

It is, in fact, one of France’s largest universities.

Around 43,000 students are enrolled at Université Paris 1 Panthéon-Sorbonne, which has around 14 teaching and research departments. A total of 9,090 students come from countries other than France.

This is the last in our list of best Universities in Paris. ENS Cachan, École normale supérieure Paris-Saclay was its previous name (ENS-Paris Saclay).

They have approximately 65,000 students and 9,000 academic personnel, in addition to 11,000 technical and administrative workers.

Trust you found our article on Best Universities in Paris 2023 helpful. Follow our website for more interesting articles.