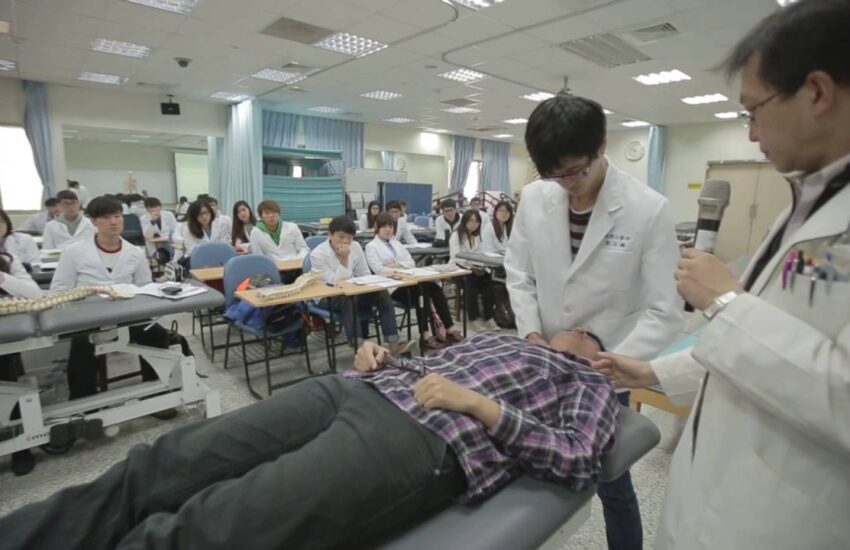 Looking to study medicine in China? We have compiled a list of Best Medical Schools in China, to help you in your quest.

China has been attempting to improve the quality of education in the country since the 1980s.

The Chinese government has effectively solved them – and even outdone themselves. In fact, two of its universities were ranked 23rd and 24th in the World University Rankings, respectively.

With its superb educational system and cutting-edge facilities, Chinese institutions are attracting an increasing number of ambitious doctors.

If you want to study medicine in one of the world’s most populated countries, pick one of these best medical schools in China.

Universities in China offer an MBBS degree, as well as a Bachelor of Medicine and a Bachelor of Surgery. As this is an undergraduate program, it is only open to high school graduates who are 18 years old or older.

An applicant’s mental and physical health should be in good working order. He or she should have good grades and a strong command of the English language.

The minimum duration of study in any of these Best Medical Schools in China is 6 years.

In China, the undergraduate MBBS degree takes at least 6 years to finish. The foundations are covered in the first year, whereas fundamental medicine is covered in the second and third years.

Clinical medicine is taught in the fourth and fifth years. The final year is set aside for an internship, which can be completed in China or elsewhere.

Read also: Best and cheapest Medical Schools in the world

Below is the list of the best medical schools in China, also included are links to each school.

First on our list of Best Medical Schools in China is Peking University.

The old Imperial University of Peking, based in Beijing, is a notable member of the C9 League, China’s equivalent of the Ivy League.

Tsinghua Institution is the top Chinese university according to the World University Rankings, and it houses one of the country’s most elite medical schools.

Although it was only founded in 2001, it is named after one of China’s most prestigious institutions: Peking Union Medical College (PUMC). PUMC was founded in 1917 and is modelled after the medical school system in the United States.

Acceptance into the School of Medicine is extremely hard, as only about 90 students are admitted each year to China’s top medical school. Tsinghua University has an 8-year program in comparison to other universities.

It follows a 3+2+3 paradigm, in which the first three years are spent laying a foundation of knowledge. The next two years are divided into two tutorials, with the final three years devoted to clinical medicine.

Next on our list of Best Medical Schools in China is the Fudan University.

Dr. Fuqing Yan, who founded Shanghai Medical College in 1927, is the school’s founder. It is still one of China’s best medical institutions, especially since the government-mandated merger with Fudan University in 2000.

The school currently provides two types of Clinical Medicine degrees, which can be completed in six or eight years. Because the curriculum is taught in English, the 6-year degree is ideal for overseas students. 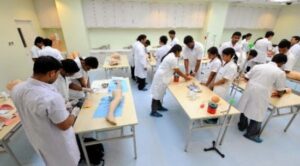 The 8-year program, on the other hand, is reserved for individuals who can simultaneously improve their clinical and research skills.

Students get the opportunity to work alongside colleagues from prestigious colleges such as Harvard and Columbia.

The Chinese Ministry of Education has given the SJTU School of Medicine an A+ mark for Clinical Medicine, making it one of just two schools in the country to get this honor.

The ministry continuously placed it first among all Clinical Medicine programs in the country from 2009 to 2018.

Read also: How to become a medical doctor in Japan(7 steps)

Last on our list of Best Medical Schools in China is the Zhejiang University.

As a member of the prestigious C9 league, the university is considered one of China’s most top educational institutions. In addition, it is one of China’s 36 Double First-Class Universities.

Zhejiang University, located on the Zijinjang campus, is one of China’s best medical institutions. It is linked with seven hospitals and several other research institutes.