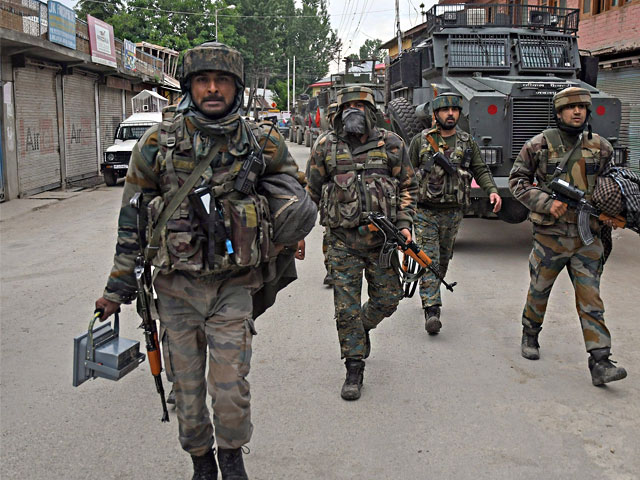 How to join Indian Army: Eligibility, Exams & Prerequisites: Want to gain the right to don a soldier’s uniform? Have you ever wished you could do your country’s service?

An individual must have enthusiasm, determination, and persistence in order to decide to join the Indian army.

You must always be prepared to take the shot in order to defend your country and motherland if you choose the brave path of a soldier.

Becoming a member of the Indian army is quite a demanding procedure that includes tests, training, and much more. It is among the top jobs for 12th grade graduates and a career that demands loyalty and perseverance.

We’re giving you all the information you require on how to join Indian army through our extensive blog.

How to Join Indian Army?

There are two well-known ways to apply for prestigious positions in the Indian Army: either by adopting the straight entry path through recruitment rallies or by completing specific entrance tests.

Lieutenant is the entry-level job at the beginning of the Indian Army recruitment process, and this position progresses all the way to General at the top level.

How to Join Indian Army After 10th?

Typically, a candidate who has completed their 10th grade and has earned an overall grade of at least 40% to 45% is also eligible to join the army. They can only apply for the following two positions:

The Indian Army will perform a physical fitness test, a written exam, and a medical examination as the basis for the selection.

Read Also: Get Well Soon Messages For A Sister 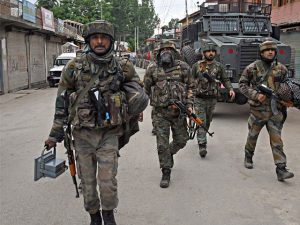 How to Join Indian Army After 12th?

There are mainly two ways through which candidates can join the Indian Army after 12th. They are as follows :

The Joint Defense Service Training Institute of the Indian Armed Forces is the National Defense Academy.

Before moving on to their separate training institutes for more training, all army candidates for the Indian Army, Indian Navy, and Indian Air Force train together here. Candidates are chosen through a selection process in order to join these esteemed academies.

Based on these three stages, the final merit list is published, and the chosen candidates receive three years of training before being sent to their various training schools for a year of training, following which they are given a commission.

The applicants have the option of pursuing a full-time undergraduate BA, BSc, or BCs degree. Along with receiving comprehensive training in academic subjects, candidates also receive extensive training in outdoor pursuits including drills and physical training, as well as one foreign language up to B1 level.

It’s also vital to keep in mind that only male candidates who are not married and are between the ages of 16 and 19 12 may apply for this academy. Additionally, they need a passing grade in their 12th grade from a board or university that is recognized.

Candidates may also enlist in the Indian Army by taking the Technical Scheme Exam. Only single male applicants who have completed their 12th grade in physics, chemistry, and maths are eligible to apply for this test.

The candidates are evaluated based on their 10 + 2 scores in this instance, and following that, they are required to appear for a Services Selection Board interview.

The chosen candidates are subsequently enrolled in a B.E. program in the stream of their choice, where they complete a 4-year training program to prepare them for the rank of lieutenant in the army.

The cadet will receive a permanent commission in the Army upon successful completion of the program and will be assigned the rank of lieutenant.

Please be aware that this examination is only open to unmarried male candidates between the ages of 16 1/2 and 19 1/2 who have passed their 12th grade in physics, chemistry, and maths with an overall 70% score.

How To Join Indian Army if you are a Woman.

Until present, more than 1200 women cadets have been commissioned into the different sections of the Indian Army. Women were first given permission to formally join the Indian Army in 1992 and serve their country. The steps for joining the Indian Army as a woman are listed below:

Women who do not have engineering backgrounds fall into the short service commission (Non-Technical) group in this case. They are chosen after taking a written test. A round of interviews with the Services Selection Board will be held with the cadets who passed the written exam.

The following are the eligibility requirements:

How to join Indian army through NCC Special Entry

Women can enter the workforce directly through this route without taking an entrance exam. The following are the eligibility requirements:

How to join Indian army through Judge Advocate General

The Indian Army’s Joint Advocate General branch is in charge of offering legal assistance to the armed forces, particularly with regard to court-martial and military law-related issues. The requirements for eligibility are as follows:

How to join Indian army through UPSC Entry ( Technical)

This is a straight entry for those ladies who come from an engineering background. There will be no written exam under this entry. The selection is done solely on the basis of merit.

To join the Indian Army, one must successfully pass the national written test, which is the most popular and favored method.

These tests are given out under various names and are administered by various authorities. We’ll give you a briefing on this method of joining the Indian Army through some of the major written exams.

When you have completed class 12th, one of the most popular ways to join the Indian army is through the NDA exam. The exam is given twice each year, on NDA 1 and NDA 2.

Only single males between the ages of 16 1/2 and 19 1/2 are eligible to take the exam. There will be two separate testing sessions for the written exam. Here is a basic explanation of the NDA exam format:

Graduate degrees are the minimum requirement for joining the Indian Army through CDS. Additionally, candidates must meet the established age requirement, which is that they were not born after January 1, 2004, nor earlier than January 2, 1997. An outline of the CDS Exam Pattern is provided in the table below:

how to join Indian army Through Direct Entry

The Indian Army holds a number of boot camps in the shape of recruitment rallies in a variety of locations to choose recruits without requiring them to pass written tests.

Candidates seeking to join the Indian Army through this selection procedure should be aware that each position has specific qualifying requirements, which are then followed by a physical fitness exam. Here are some of the direct entrance selection processes you can choose from if you want to:

Trust you found our article on How to join Indian Army: Eligibility, Exams & Prerequisites helpful. follow our website for more interesting articles.